Editor’s Note: This article originally appeared in Issue #9 of the Anglotopia Print Magazine in 2018. Support great long-form writing about British History, Culture, and travel by subscribing to the Anglotopia Magazine. Every subscription helps keep Anglotopia running and provides us to the opportunity to produce articles like this. You can subscribe here.

The United Kingdom has some of the world’s finest bridges.  Of course, most people think of Westminster Bridge, London Bridge, or Tower Bridge when it comes to the country’s engineering marvels, but there are plenty of fantastic bridges outside of London.  Designed by the very names that made plenty of London’s famous landmarks, these bridges are certainly worthy of your attention.  From the 18th century to more recent structures, we’ve picked out ten of our favorites from outside of London and all over Britain. 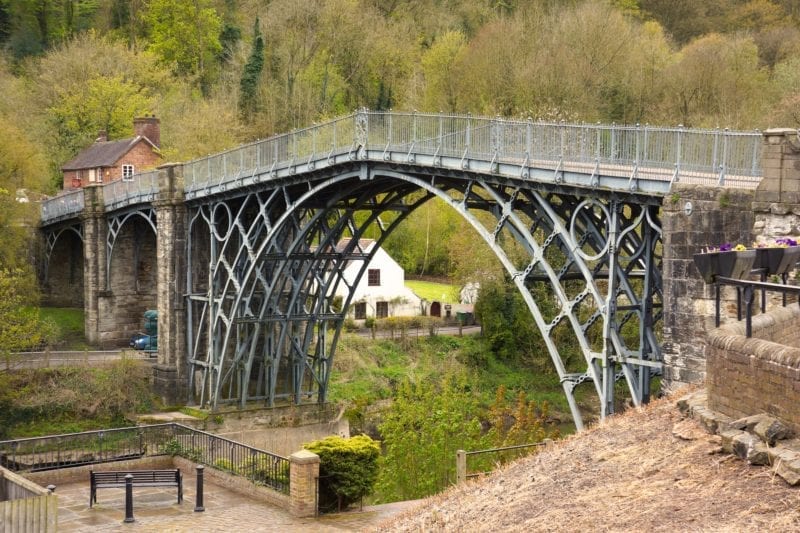 The Iron Bridge in Shropshire earned its name from being the first bridge in the world made from cast iron.  It was constructed in 1781 to cross the River Severn and was a symbol not only of what the new material could do but also the industry of Shropshire and the transformation of Britain by the Industrial Revolution.  Once dwarfed by factories on both sides of the gorge, the area is now known for its beauty, including this lovely UNESCO World Heritage site. (Editor’s Note: since we published this last year, Iron Bridge has been recently restored and repainted – it no longer looks like this). 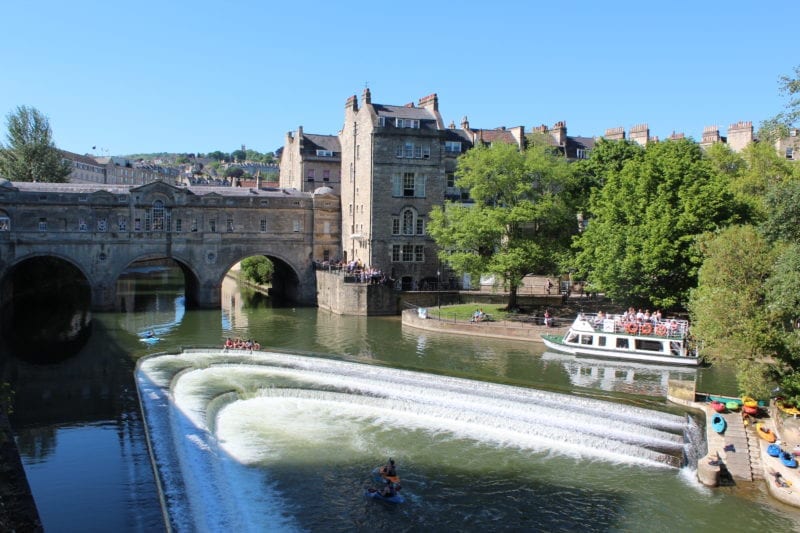 Crossing the River Avon in Bath, Pulteney Bridge is filled with vehicles, people, and shops.  It took twenty years to build and has three arches for support.  The south side is the more picturesque of the two if looking at it from the river, but both sides of the bridge are excellent examples of the Palladian style when you’re crossing it.  The bridge has been widened and restored several times over its history, but looks much as it did when it was first built. 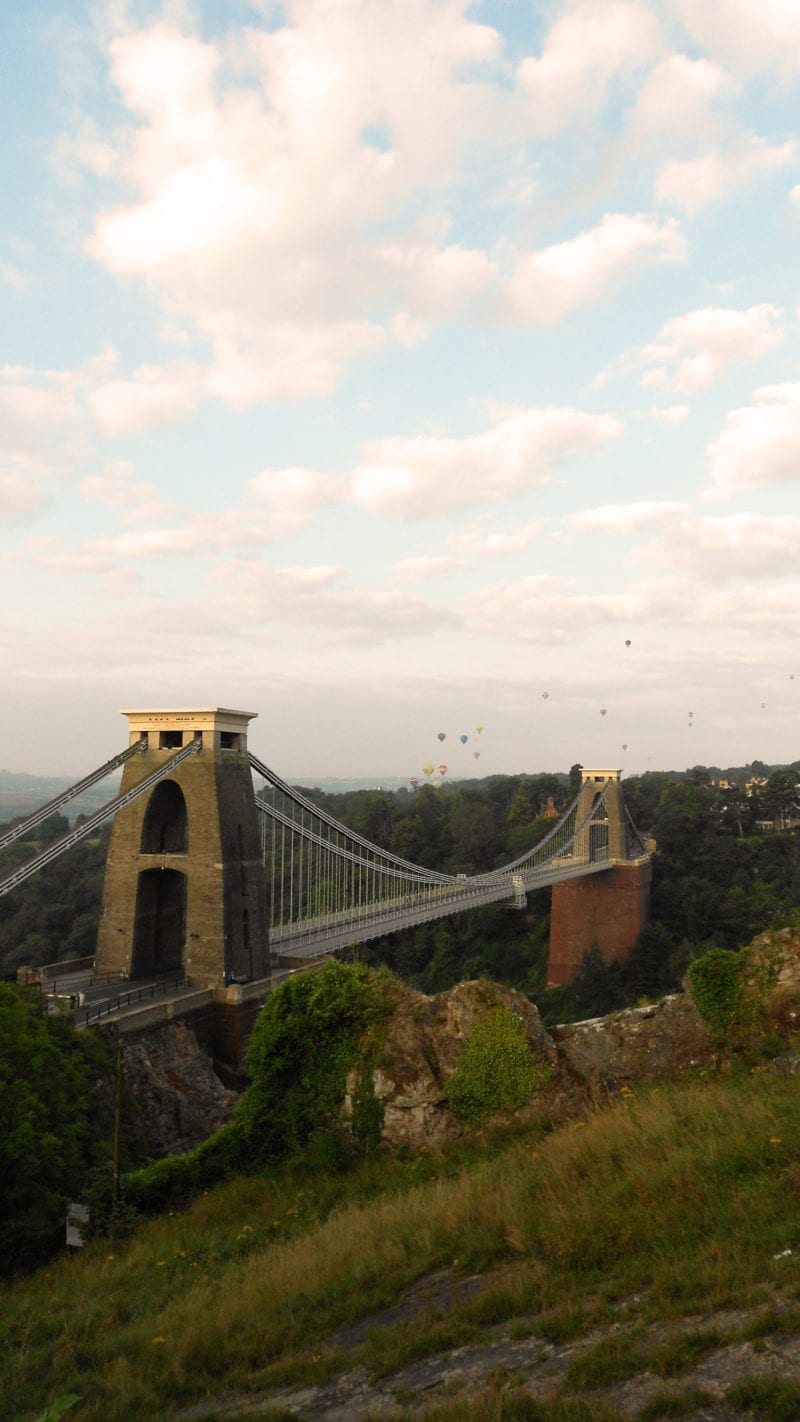 Crossing the Avon Gorge in Bristol, the Clifton Suspension Bridge was designed by one of Britain’s most famous engineers in Isambard Kingdom Brunel.  His design was later modified by William Henry Barlow and John Hacksaw into the bridge that exists today.  The bridge has been the scene of many historic moments commenserate with its status, such as the first bungee cord jump, the last Concord flight, and the Olympic Torch Relay.

Movie fans might recognize this railway bridge as the one the Hogwarts Express would use to take Harry Potter and his friends to school.  The bridge was constructed from 1807 to 1901 and rises 100 feet off the ground while spanning 1,000 feet.  It’s easily the longest railway bridge in Scotland and crosses the River Finnan while carrying the West Highland Line on a single track.  It has also been featured on many programmes and films behind the Harry Potter series. 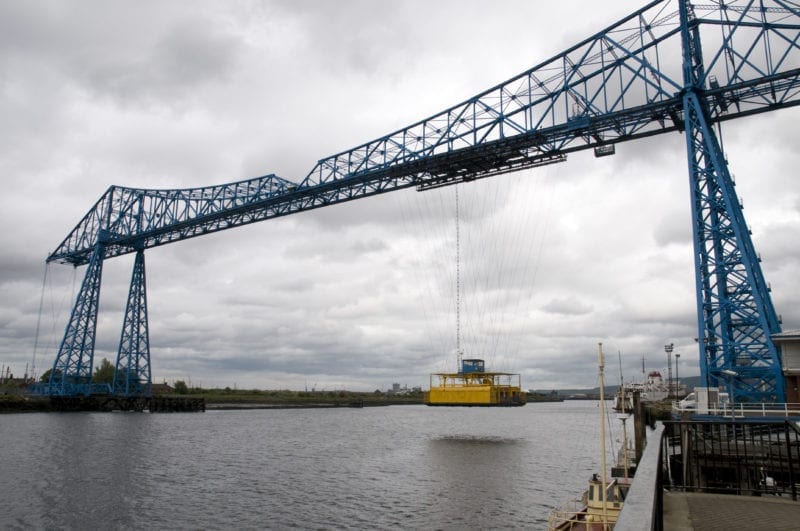 Also known as the Middlesborough Transporter Bridge, the Tees Transporter Bridge is unique as it is a style in which a gondola suspended from the top of the bridge carries people and goods across the River Tees.  Sir William Arrol & Co. finished it in 1911.  Some notable moments in the bridge’s history include being hit by a bomb during World War II and comedian Terry Scott driving his Jaguar off of it after mistaking it for a toll bridge. 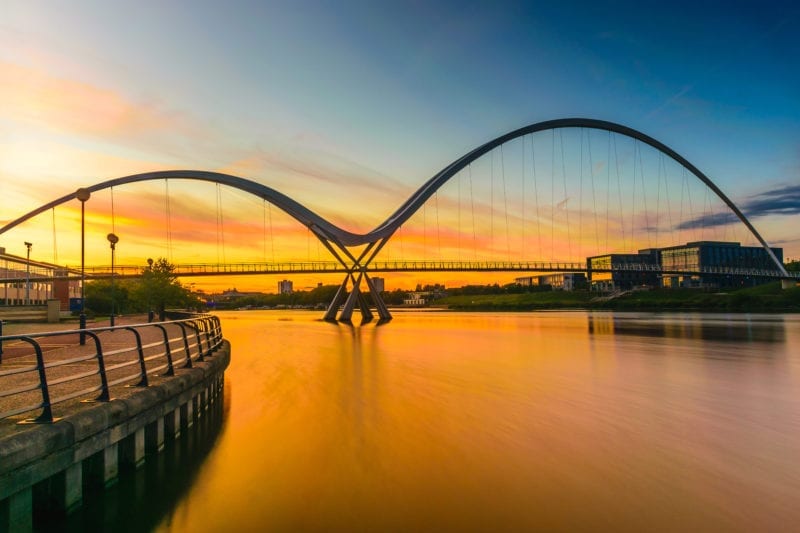 The most recent entry on this list, the Infinity Bridge in Stockton-on-Tees crosses the River Tees and opened in 2009.  The innovative design has an asymmetric double arch and a suspended deck with mass dampers on the underside to control the oscillation, a necessary feature given its use by pedestrians and bicyclists.  One of the best aspects of the bridge is its nightly illumination, which comes in an array of colors and patterns. 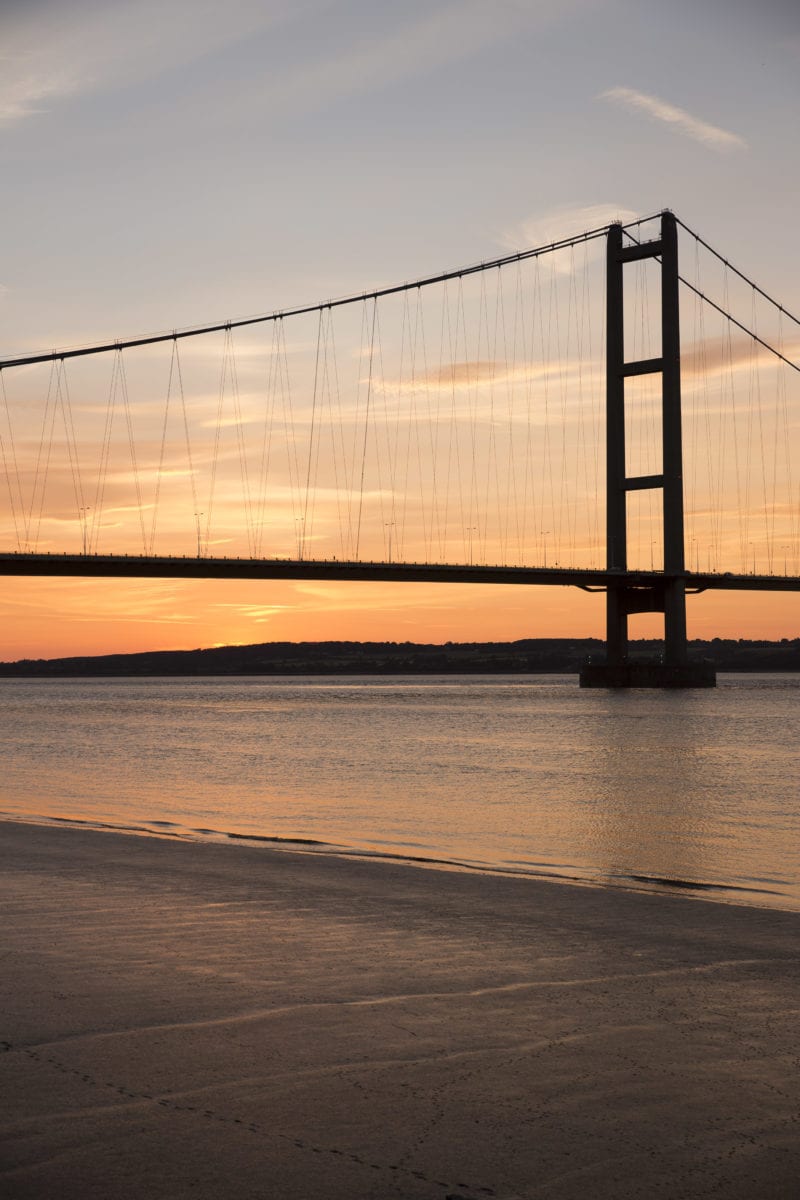 Crossing over the River Humber, the Humber Bridge opened in 1981 as the longest single-span suspension bridge in the world at 7,280 feet.  Now the eighth-longest, the bridge sees vehicle and pedestrian commuters every day and well more than 100,000 every week.  Prior to the bridge’s construction, travel across the river was mostly done by way of the Humber Ferry.  While the bridge is on a toll system, it is the preferable means of traveling between Grimsby and Hull, as the bridge reduced the road distance between the two by 50 miles.

Located in Newcastle and crossing the River Tyne, the Tyne Bridge is one of the most gorgeous outside of London.  This through arch bridge opened in 1928 and spans 1,276 feet.  It was designed by Mott, Hay, and Anderson based on the Sydney Harbour Bridge and the Hell Gate Bridge in New York.  Its towers were built out of Cornish granite and designed to be multi-story warehouses.  While many people remember the Olympic rings over Tower Bridge, the largest in the UK were displayed from the Tyne Bridge.

Iron Bridge isn’t the only UNESCO World Heritage site that’s also a British bridge.  Forth Bridge was finished in 1890 as a cantilever railway bridge spanning the Firth of Forth between South Queensferry and North Queensferry.  At the time it opened, it was the longest such bridge in the world and continues to be the second-longest single cantilever span in the world at 1,709 feet.  The bridge made it onto the UNESCO list by its innovative use of design and materials as well as its sheer size. 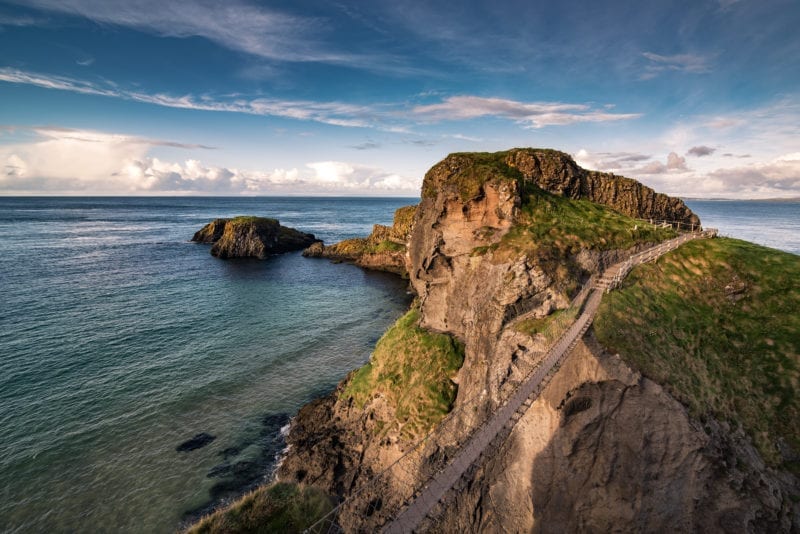 Not all bridges are made or iron, steel, and concrete.  Carrick-A-Rede is a well-known rope bridge in Northern Ireland that links the mainland to the tiny island of Carrickarede.  The bridge is 66 feet long and is suspended 98 feet above the rocks lying at the water’s surface.  The first bridge was built by fishermen in 1755, and the current bridge was constructed by Heyn Construction in 2008.  Those who dare the heights find the bridge to be very exhilarating. 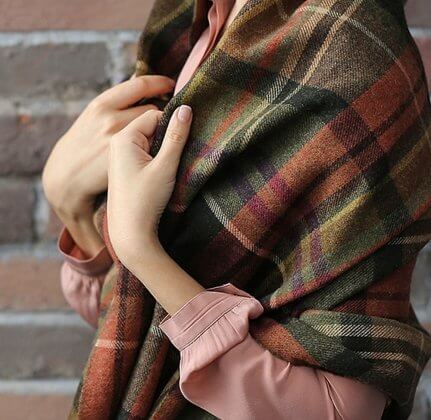