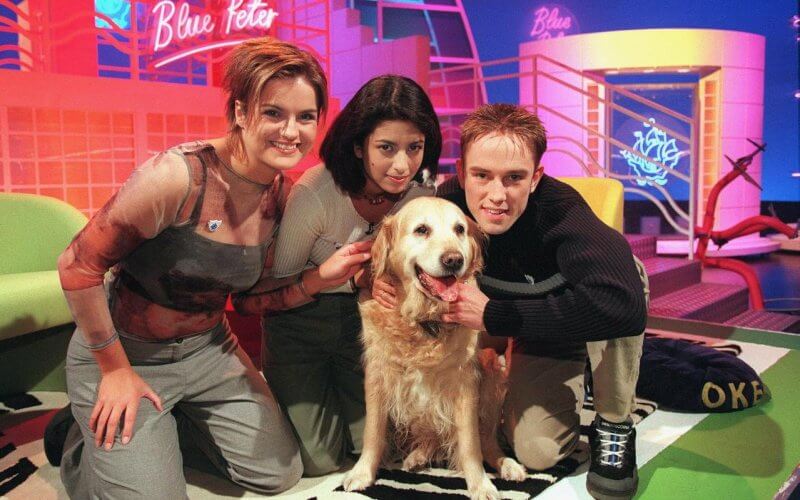 Blue Peter is most certainly one of the most influential British children’s programs and is the longest-running children’s show in the world.  It started in the late-1950s when BBC Head of Children’s Programming, Owen Reed, got inspired by the show Children’s Television Club.  Reed then commissioned a new show from producer John Hunter Blair.  The name and logo were based on the “blue Peter” flag that ships used when leaving a port and was meant to indicate that children were on a voyage of discovery.  First presented on October 16, 1958, the initial voyages were pretty short—only fifteen minutes long.  The first presenters were Christopher Trace, an actor who’d been a stand-in for Charleton Heston on Ben-Hur, and Leila Williams, who had been Miss Great Britain 1957.

Eventually, rather than just having Christopher play with trains and Leila play with dolls, the show began to add competitions, cartoons, documentaries, and stories.  In 1960, the show moved from its Thursday slot to Monday and expanded to a full twenty minutes.  Hunter Blair then left for health reasons and was replaced by Clive Parkhurst, who subsequently fired Williams.  Christopher Trace kept hosting with a series of one-off co-hosts, and Parkhurst was himself replaced by Biddy Baker.  It was during Baker’s tenure as producer that many classic elements of the show were introduced, such as the first appeal in 1962 asking children to contribute postage stamps to raise money for the homeless.  The first Blue Peter pet, a mixed-breed dog named Petra, also appeared that year.  In the next year, the Blue Peter logo, as designed by Tony Hart, made its debut along with the Blue Peter Badge, a reward for children who participated on the program.

Perhaps one of the most endearing features to Blue Peter over the decades has been its presenters.  Valerie Singleton was ultimately the permanent replacement for Leila Williams, and Trace was ultimately replaced by Doctor Who companion Peter Purves.  The addition of John Noakes provided perhaps the show’s most well-known group of presenters, with Noakes and Purves as the longest-serving male presenters in the program’s history at 12 and 11 years, respectively.  The longest-serving female presenter was Konnie Huq, who was on the show from 1997 to 2007.  All in all, Blue Peter has seen 37 different presenters in its sixty-plus-year history, with each making a great impression on a generation (or generations) of British youth.

The 1970s started to see a flush of color in the studio and presenters’ outfits, perhaps owing to the use of color television for the show starting in 1970.  In 1974, the Blue Peter Garden first showed up, and by 1978, the Blue Peter Outstanding Endeavour award was introduced.  The Blue Peter Badge also diversified over the years, adopting different colors to mark various achievements.  Green badges marked persons who’d contributed something environmental, orange for viewers who made a contribution to the show’s production, and gold for persons who had made contributions to the country on an international level or through some truly courageous acts.  The first person to receive a gold Blue Peter Badge was Leo Stuchbury, who completed the national Swimathon in 1993 at age 6.  Other recipients have included author Roald Dahl, actor David Tennant, Queen Elizabeth II, and football player Marcus Rashford.

Since 2011, the show has left its home at BBC Television Center and has been filmed at Dock10 television studios; parts of the Blue Peter Garden were moved as well since the former BBC Studio was being redeveloped.  Having celebrated its Diamond Anniversary in 2018, Blue Peter has shown no signs of going anyway, and it’s impossible to imagine what BBC children’s programming would be without it. 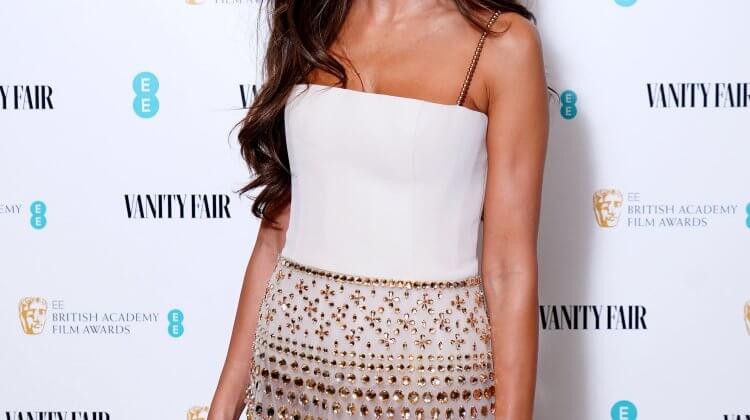