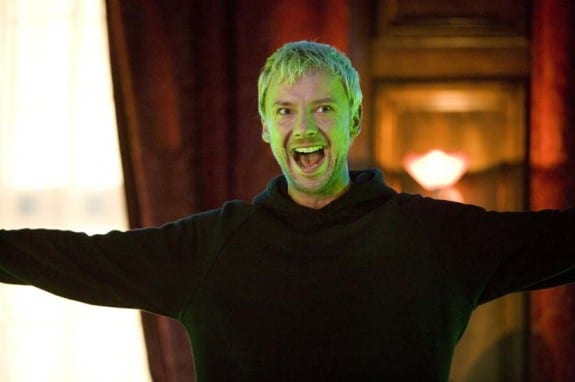 However, it’s not really fair to judge the special on it’s own at this stage as it’s only part 1 of a two part special (which airs New Year’s Day).

There was much to like. It was fantastic to see Wilf as the de facto companion. I was a little shocked to see the Doctor be so kind towards the Master at first, but after everything they’ve been through together, it’s understandable.

There were many WTF moments and a lot of important characters weren’t really being explained and that was annoying. I’m really interested to know who exactly brought the Master back, but I have a feeling we’ll find out next week. Evil Brood of women who worship him and plotted to bring him back, just seemed a little to simple to get away with.

The pacing was a little uneaven in places – but that’s generally how Doctor Who is these days.

I’m excited about the prospect of seeing the Time Lords in the flesh and I’m very interested to see how it’s going to be pulled off. It is a little exhausting that yes, the universe is at stake once again. But we all know the Doctor will sort it out – but at what cost? The clock is ticking on Tennant’s contract!

Overall it was an enjoyable Christmas sci-fi feast. I’ll give a more thorough reaction after we get to see The End of Time Part 2 and understand everything that was actually going on.