You are here: Home / British History / Jane Austen: 10 Facts and Figures about Jane Austen’s Pride and Prejudice You May Not Know 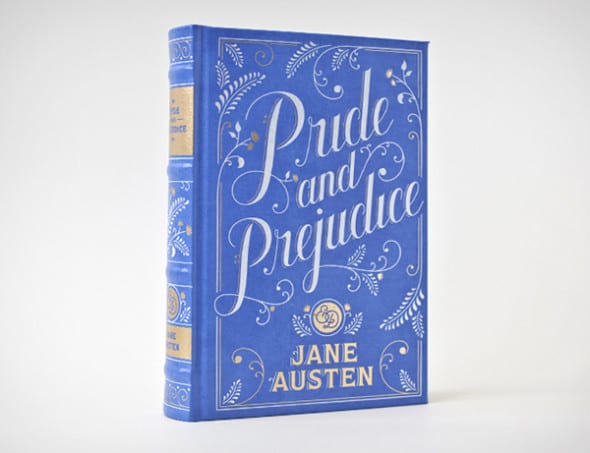 “It is a truth universally acknowledged, that a single man in possession of a good fortune must be in want of a wife.”

One of the most quoted and memorable lines in literature begins the tale of two people who could seemingly not be any more different falling in love. Jane Austen’s Pride and Prejudice is one of the great classics, providing a commentary on Georgian social norms and relationships. Its large cast of characters lets viewers see every angle of society and see the rise of characters such as Elizabeth and Jane to the fall of Lydia and Wickham. Chances are, reading this article, you’ve probably read the book a few times over and seen several adaptations, but what don’t you know about this literary masterpiece?

Bit of a Delay

Austen wrote Pride and Prejudice when she was only twenty-one years old, but it was not published until she was thirty-seven. It was originally titled “First Impressions” and Austen’s father wrote London bookseller Thomas Cadell in an attempt to get it published in 1797, but Cadell declined. Austen began making revisions to the book in 1811 and retitled it Pride and Prejudice as a reference to the Fanny Burney novel Cecilia. She then sold the rights to Thomas Edgarton for £110 and he published it in 1813.

One of the novel’s social commentaries focuses on the accomplishments of young women. As an example, Miss Bingley praises the outward air and manner of a woman’s walk as signs of accomplishment. This may be based on Austen’s sister-in-law having attended a school that taught the art of how to gracefully enter and exit a carriage. Austen’s own attitudes are evident when she has Darcy state that he feels “the improvement of [the] mind by extensive reading” to be a greater accomplishment.

Anna Chancellor, who played Caroline Bingley in the 1995 mini-series, is a descendant of Jane Austen’s brother Edward.

Just because the morals of the era didn’t permit unmarried sexual relations doesn’t mean people were ignorant of them. Even Austen, who likely died a virgin, slips undertones and euphemism into her novels, and when Darcy says “my feelings will not be repressed”, readers of the era would have understood that he meant more than just his affection for Elizabeth. Further, the tight-fitting uniforms of the soldiers are certainly commented on by the author, which would have caught many a young woman’s eye back in the day. 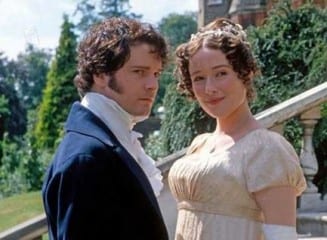 There are at least 11 film and television direct adaptations of Pride and Prejudice and several loose adaptations including the web series “The Lizzie Bennett Diaries” and Helen Fielding’s novel-turned-film Bridget Jones’s Diary. There are plenty of literary adaptations as well, including books such as Mr. Darcy’s Diary that tell the story from his perspective and more macabre novels such as Death Comes to Pemberley, a murder mystery set six years into Elizabeth and Darcy’s marriage, and Pride and Prejudice and Zombies, in which a zombie attack occurs during the novels events and is set to be adapted into a film in 2015.

The idea of tourism and going on holiday first emerged during the Georgian period, and Elizabeth reconciles with Darcy while on a holiday tour with her aunt and uncle.

Another great female author, Charlotte Bronte, wasn’t a fan of Austen’s and once declared so in a letter to George Henry Lewes. In the letter, she described Austen’s Pride and Prejudice as a “highly cultivated garden” but “no open country – no fresh air” and that she would “hardly like to live with her ladies and gentlemen in they elegant but confined homes.”

Since it was still pretty rare for a woman to publish under her own name during the Georgian period, Austen’s credit for the novel was listed as “By the Author of Sense and Sensibility”. For the prior novel, her only author credit was “A Lady”. Her identity as the author of her works wasn’t revealed until after her death.

Some might argue that actor Colin Firth has become the definitive Darcy since his portrayal in the 1995 mini-series with Jennifer Ehle. Helen Fielding thought of him when she wrote Mark Darcy in Bridget Jones’s Diary and wanted him to play the role when it was adapted into a film. However, Firth initially turned down the role for the mini-series because he felt he was “wrong” for the role. However, it turned out to be a star-making performance for him and he achieved sex symbol status for his famous wet shirt scene. Other actors who’ve played Darcy include Matthew Macfadyen in the 2005 film, Laurence Olivier in a 1940 adaptation, and even Grand Moff Tarken/Abraham van Helsing actor Peter Cushing in a 1952 mini-series.

Have I Seen You Before?

The Hunger Games films aren’t the first time Donald Sutherland and Jena Malone have appeared in a film together, as he played Mr. Bennett and she Lydia in the 2005 adaptation. Unlike other adaptations of the novel that are typically set in 1813 when it was completed, the 2005 adaptation is set in 1797 when the first draft was written.