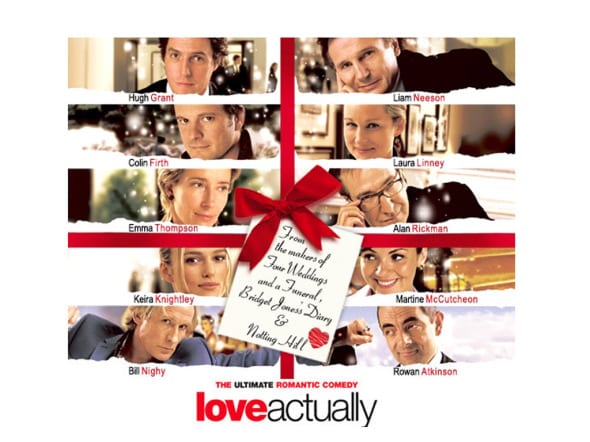 A movie that is now eleven years old and inspired at least a couple star-studded, holiday-themed movies, it is now thought of as a Christmas classic. While films like Valentine’s Day and New Year’s Eve attempted to recreate the magic with their star-studded casts and multiple storylines, it’s hard to recreate such awesomeness within a two hour period with a cast like that as Richard Curtis does. If you’re reading this article, chances are that you’ve viewed the film more than once, so you think you know everything about it. Well, here are ten things you may not know about this 2003 holiday classic.

No No, Thank YOU

Kris Marshall (“Colin Frissell”) actually refused pay for the scene in which three girls from Wisconsin undress him. He actually returned his check for the day’s filming because it was so much fun. Maybe it had something to do with the twenty-one takes they did for the scene?

Revenge is a Dish Best Served in Cinema

At university, Curtis’s girlfriend left him for a man named Bernard. As revenge, Curtis names one of the more negative characters after him. This is why Emma Thompson’s and Alan Rickman’s son Bernard is referred to as “horrid”.

Save It for Later

Colin’s awkward conversation with the caterer about how terrible the food is was actually written for Four Weddings and a Funeral. It was eventually drafted out of the original script, but used for the film’s auditions.

I Know that Voice

Years later, Sam (Thomas Brodie-Sangster) and Joanna (Olivia Olson) have turned their talents to voice acting. Besides live-action roles in film and television, Brodie-Sangster provides the voice of Ferb on Disney’s Phineas and Ferb, while Olson’s voice and musical talents can be heard as Marceline the Vampire Queen on Adventuretime.

The word “actually” is spoken twenty-two times over the course of the film.

Thomas Brodie-Sangster is actually the second cousin, once removed, of Hugh Grant. Grant and Curtis both note this in the commentary. Grant and Alan Rickman also attended the same private school.

Billy Bob Thornton agreed to play the American President before even seeing the script. On set, he informed Curtis that he was terrified of former Prime Minister Benjamin Disraeli’s facial hair and that he wouldn’t do a scene in the 10 Downing Street set because of a picture of Disraeli on the wall. Curtis ultimately talked Thornton into doing the scene regardless, but the actor always has his back turned to any picture of the PM. Hugh Grant would taunt Thornton on set by running up to him and showing him a picture of Disraeli, at which point Thornton would “break out in a sweat.”

Blink and You’ll Miss It

In Hugh Grant’s first scene, he is wearing a different tie in close-ups than in other shots. That’s because the two parts of the scene were shot at different times and Grant alleges that he grabbed the wrong tie before leaving his trailer to film the close-up shots. Rumour has it, though, that Grant changed the tie on purpose.

Anthony McPartlin and Declan Donnelly are a comedy and presenting duo on British television. The frequency of their presenting together is made fun of when Bill Nighy’s Billy Mack character calls them “Ant or Dec”, referring to the fact that most people can’t tell them apart. Fortunately, the band Blue took their joke about their manhoods pretty well.

Images of Daniel’s wife and Sam’s mother Joanna are actually those of documentary filmmaker Rebecca Frayn whom Curtis once had a crush on, but it never worked out, as Curtis notes in the commentary. 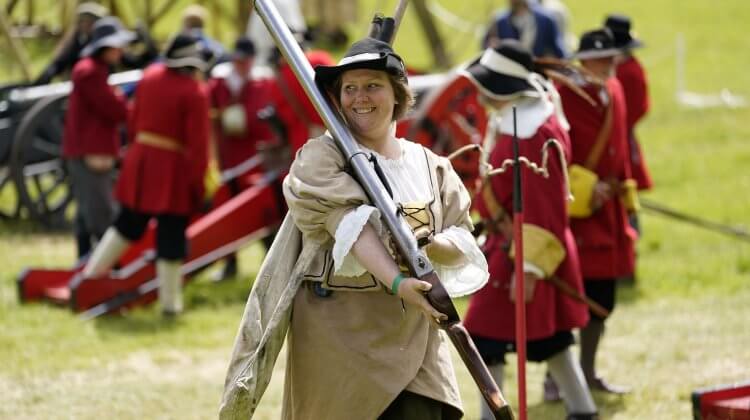