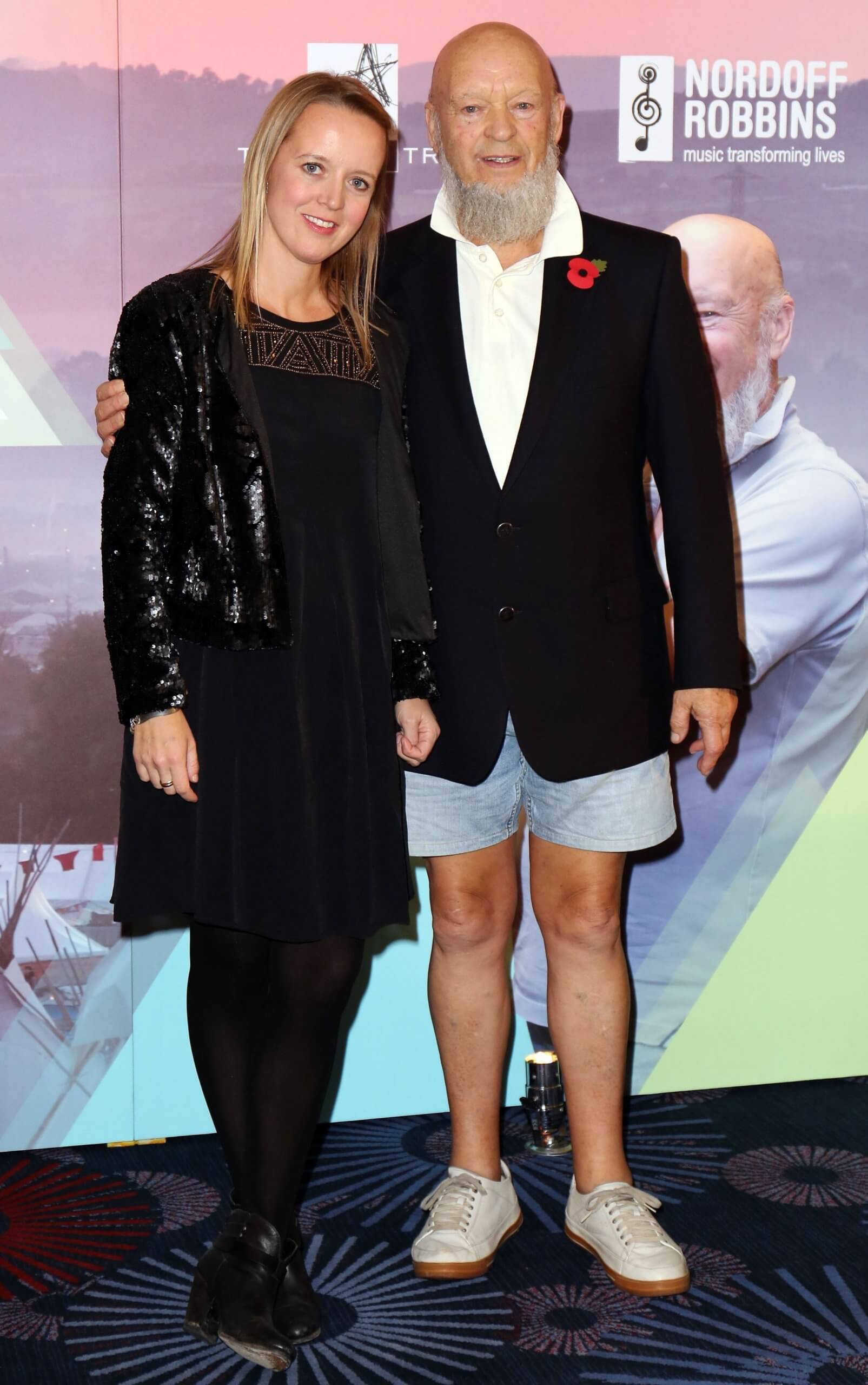 The names of Michael Eavis and his daughter Emily are synonymous with Glastonbury Festival.

Michael, a dairy farmer by trade, co-founded the festival in September 1970, while Emily’s influence, both musically and politically, has grown steadily since 1999.

Athelstan Joseph Michael Eavis was born in 1935, his father was a Methodist preacher, and educated at the Wells Cathedral School.

Now aged 86, he left school at 15 to join the Union-Castle Line, part of the British Merchant Navy, as a trainee midshipman, which took him from Britain to Kenya and South Africa.

When he returned to the UK following the death of his father from cancer in 1954, he reluctantly agreed to inherit the family’s land and herd.

He eventually came to love the job and still, when asked in interviews, gives his occupation as “dairy farmer”.

During the festival, he chooses to walk among the punters instead of travel through the site’s myriad of rat runs, and is often seen taking selfies with fans.

The driving force behind the festival’s politics, Michael is a life-long supporter of the Labour Party, even unsuccessfully standing as a candidate in the 1997 general election in Wells.

This foray came after he sought treatment for stomach cancer.

Michael has also been vocal in his support for fox hunting, trophy hunting, and badger culling, prompting anger from animal rights activists including Queen guitarist Brian May, who has claimed he will never play the festival in protest.

Emily was born in 1979 to Michael and Jean Eavis, her father’s second wife, and like her father attended Wells Cathedral School.

The 42-year-old has not, however, always walked in her father’s shadow.

Emily was responsible for the majority of the event’s recent high-profile bookings, securing the likes of The Rolling Stones, Adele, Bruce Springsteen, Kanye West, Stevie Wonder, and Dolly Parton.

She was also instrumental in the increase in African and Middle Eastern acts at the festival, bringing Amadou and Mariam, Rokia Traore, and the Syrian National Orchestra for Arabic Music to the Pyramid Stage.

Like her father, she remains invested in charitable work, regularly organizing gigs in aid of Oxfam.

Growing up on Worthy Farm, Emily’s first memories were of the festival.

She performed a rendition of Twinkle, Twinkle, Little Star on the vast Pyramid Stage in 1985, aged five, before that year’s headliners, Paul Weller’s The Style Council.

Following her mother’s death in 1999 from cancer, she dropped her teaching career to return to the farm and take on more responsibility.

Alongside her husband Nick Dewey, who has managed bands including the Chemical Brothers, Emily worked first on The Park area, later taking over full responsibility for the line-up.

The pair married in 2009 and have three children.