You are here: Home / British History / Anglo-Saxon / After Hastings: The Norman Conquest after the Battle of Hastings 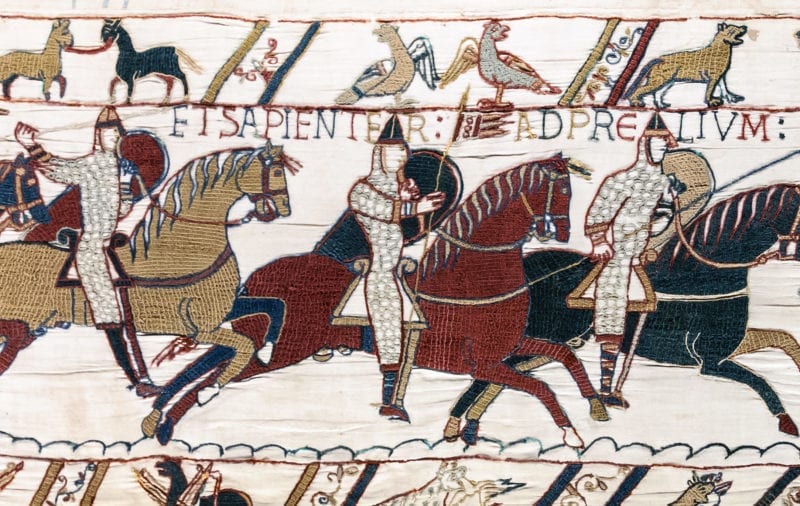 When it comes to one of the most pivotal times in British history, the Norman invasion and conquest of Britain in 1066, most people only focus on the Battle of Hastings.  It was during that fight that the forces of William of Normandy defeated Harold of Wessex.  A few days later, William’s army marched on London, and he was crowned King William I on Christmas Day.  What came afterward tends to be glossed over as most history classes skip straight to the Tower of London, the Domesday Book, and feudalism.  However, there is a great number of important events between Hastings and feudalism that helped shape England, and by extension, the United Kingdom, into the country it would become.

The Norman’s conquest of the British islands didn’t end when William was crowned in Westminster Abbey and actually went on for another four years.  After Hastings, William marched on the City of London, but rather than take a direct route that led to an easily defended bridge that was the city’s only crossing point over the Thames, William circled the city, cutting off all other access before attacking from the north.  As William marched, his reinforcements from Normandy landed in southern England and helped fortify and take more cities, including Canterbury, the religious heart of the country.  Edgar Ӕtheling, the great-nephew of Edward the Confessor, had been proclaimed the new king by the Anglo-Saxon council known as the Witenagemont, but he surrendered the city to William when he saw that London’s forces would not be effective in holding off the Norman lord.

As William was crowned, he confirmed some of the Anglo-Saxon lords who had submitted to him but then took them back to Normandy with him as prisoners in Spring 1067.  Naturally, just sitting on the throne didn’t mean other Anglo-Saxon lords suddenly accepted William as king with open arms.  In summer, William’s former ally Eustace II of Bologne attacked Dover Castle alongside Kentish rebels.  Meanwhile, Eric the Wild attacked in West Mercia in alliance with Welsh kings.  This was followed by another uprising in Northumbria.  Harold’s son Godwin attacked as well and attacked Bristol in the summer of 1068.  Each was effectively put down by Norman forces, sometimes with William’s personal intervention.

Robert de Comines was then made Earl of Northumbria, and in 1069, he and several hundred of his troops were massacred in Durham after rebels attacked that city and York.  This bloody event began the Harrying of the North, in which William first moved on York and his forces followed the rebels into the city, showing little mercy.  As his army moved northwards, they chased down William’s enemies and burned their homes, sometimes destroying entire villages in acts that some historians have likened to genocide.  Soldiers even slaughtered animals and razed crops so that anyone who survived wouldn’t have any food and starve during the coming winter.  Even by the time of the Domesday Book in 1086, large amounts of land were described as waste areas.

1070 saw further attacks from rebels, this time joined by the Danes.  Hereward the Wake and his rebels attacked the Fends with help from Vikings.  In summer, they were joined by King Sweyen, but he eventually accepted payment from William to leave England and returned to Denmark.  The remaining held out on the island of Ely, but William then attacked from land and sea, building a crossing to the island to carry siege weapons.  William’s forces then took Ely and stamped out the last bit of resistance within England’s borders.  For his part, Hereward was eventually pardoned, and his lands returned to him, but other rebellious nobles were not so lucky.

In the aftermath, William maintained his hold through a massive construction project of castles.  Each was positioned so that they would be little more than a couple of days’ ride from the others, meaning support could be easily had if any of them fell under attack.  Normans infused themselves in all points of English society and government, firmly displacing their Anglo-Saxon predecessors.  While smaller rebellions would crop up from time to time throughout the remainder of William’s reign, no further major threats came from within the country, and the Normans were here to stay.