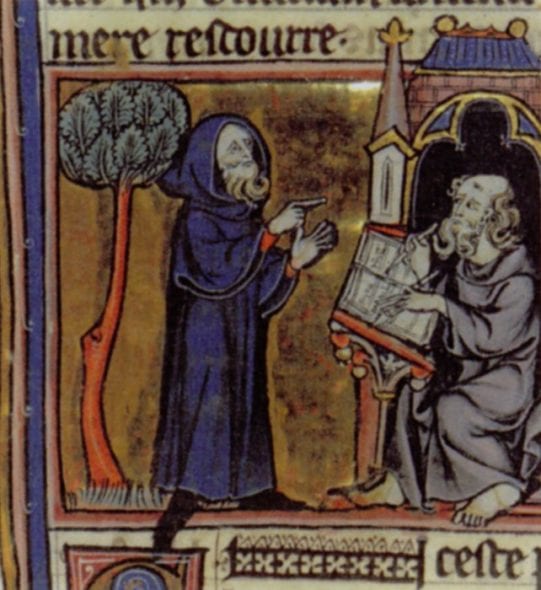 Whether as a part of Arthurian Legend or operating in his own adventures, the figure of the wizard Merlin is one that has propagated through English myth for centuries.  Possibly one of the earliest figures from which Merlin derives was that of Myrddin Wyltt (or “Myrddin the Wild”), a 6th Century Welsh legend who was a bard and a prophet.  By the 9th Century, the writer Nennius introduced a figure named Ambrosius in his Historia Brittonum.  Ambrosius was a youth and Romano-Briton war chief who in the Historia was treated an advisor to the legendary King Vortigen.

While some Arthurian legend would go onto make Ambrosius a brother to Uther Pendragon and an uncle to King Arthur, Geoffrey of Monmouth would combine the advisor aspect of Ambrosius and Myrddin into Merlin for his Historia Regum Britanniae and his later work, Vita Merlini.  Monmouth Latinised Myrddin into Merlinus, as the proper Latin form, Merdinus, sounded too much like “merde”, a more vulgar word.  In Monmouth’s work, Merlin was an advisor to Uther and later to Arthur, gifted with prophecy, who built Stonehenge as a burial place for Ambrosius and helped disguise Uther as Gorlois, Duke of Cornwall, so that he could sleep with Gorlois’ wife Igraine and impregnate her with Arthur.

Robert de Boron concocted his own Merlin epic, sharing its name with the wizard.  While not much of Boron’s original poem has survived, it was retold as prose work that became popular in Scotland and Wales where the source material for Ambrosius and Myrddin derived.  Boron built upon the aspect of Monmouth’s work that described Merlin as being born as an Anti-Christ figure, but that his mother’s change of heart led to Merlin’s baptism soon after his birth, freeing him from Satan’s power but giving him a unique ability to see the past, present, and future.  It was his prophetic abilities in Boron’s work that turned Merlin into a prophet of the Holy Grail, further linking the Grail to Arthurian legend.

Boron also expanded Merlin’s powers beyond prophecy to include shape-changing, gave him a master named Blaise, and crafted the mischievous personality that would become prominent in later works.  One of these was Thomas Malory’s Le Morte d’Arthur, which builds upon the idea of Merlin as a tutor and advisor to King Arthur.  Merlin would also serve as an advisor to other Arthurian knights in different works, such as Perceval in Didot Perceval and Sir Balin in Suite de Merlin.  Didot Perceval had him outlive Arthur and the Knights of the Round Table, guiding Perceval to find the Holy Grail.  Alfred, Lord Tennyson would make him one of the architects of Arthur’s fabled kingdom Camelot in his poem “Merlin and Vivien”.  Perhaps influencing our modern picture of the wizard, illustrator Dan Beard gave Merlin Tennyson’s face for Mark Twain’s Arthurian parody, A Connecticut Yankee in King Arthur’s Court. 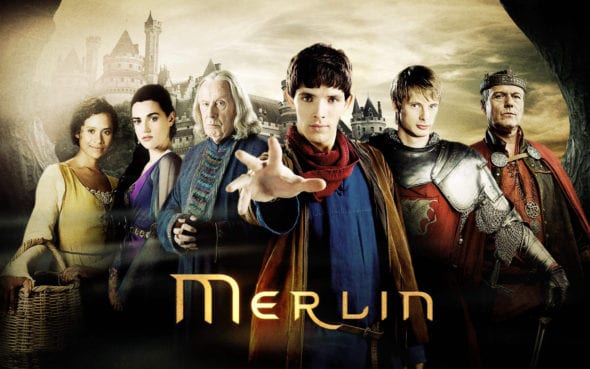 In modern media, Merlin’s appearance in other works practically dwarf the number of times he’s appeared in Medieval literature.  Popular literature from the Harry Dresden stories of Jim Butcher to J.K. Rowling’s Harry Potter series elevate Merlin’s magical skills almost godlike status.  Multiple films have featured him as a primary character, including adaptations of Twain’s work, the Disney animated adaptation of T.H. White’s The Sword in the Stone, and the 2004 film King Arthur, where the attempt for a more historical basis turns Merlin in to a Druid priest.  As television became a prominent form of entertainment, many programmes have also included him in Arthurian legend or featured him as the main character, including the Merlin miniseries with Sam Neil, the BBC series with Colin Morgan, and the 2011 Starz series with Joseph Fiennes.

With another King Arthur film coming in 2016 with Djimon Hounsou as Merlin, the legendary figure shows no signs of disappearing from the public consciousness.  Whether there was ever a single person who was the basis for this mythological figure, the popularity of Merlin remains strong as he is possibly the most well-known magical figure in Western media.