You are here: Home / British History / The (Royal) Pretenders – The Stuart Dynasty after King James II 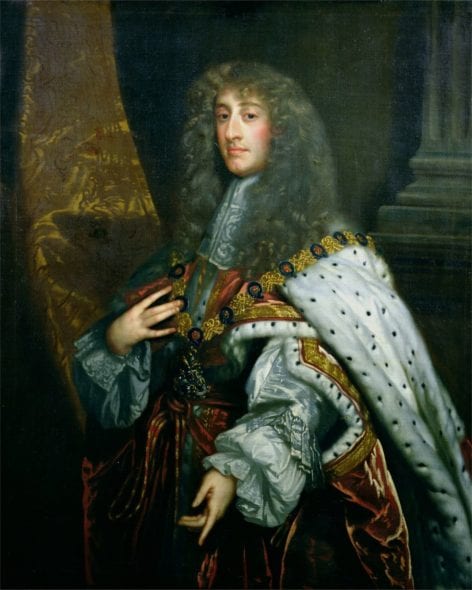 The reign of King James II was the one that brought the Stuart Dynasty to an end in Britain.  A convert to Catholicism, James became more politically active in the conflicts between that sect of Christianity and the Anglican sect that he was supposed to be head of as the Sovereign.  This caused a great deal of concern in Parliament, but the lack of a male heir and his daughters’ Protestantism generally assuaged any concerns that his efforts would be permanent.  However, this changed in 1688 with the birth of James Francis Edward, and between James’s birth and the re-issuance of the Declaration of Indulgence providing greater religious freedoms to Catholics, Parliament could no longer tolerate the king.

In what would be known as the “Glorious Revolution” Anglican forces in Britain worked with William Henry of Orange, James’s son-in-law with his daughter Mary, to remove James from power and install William and Mary as duel monarchs.  Seven nobles then invited William to England and after bringing his army with him, more of James’s supporters switched sides to their new king.  Parliament in England and Scotland denounced James and English Parliament went one step further by passing a law that no Catholic could ever again become the Sovereign.  James fled to Ireland where he attempted to raise a combined Irish-French army, but was ultimately defeated and spend the rest of his life in France.

On his father’s death in 1701, James Francis Edward Stuart announced his claim to the throne at age 13.  Being a Catholic like his father, France, Spain, the Papal States, and Modena recognised him over William and Mary as the rightful monarch.  Compounding the issues with his claim in England, there was a belief that his mother had been too old to properly bear a child and that he was, in fact, the son of another noble that stole to that he could have an heir.  James first attempted an invasion in 1708 at the Firth of Forth, but his French navy was turned away and did not make landfall.  Following the death of Queen Anne, Mary and James’s sister in 1714, James attempted to invade again in 1715 during another Jacobite uprising.

However, by the time he landed, the Jacobites had already faced some major defeats and James himself fell ill.  Not well enough to join the battle until 1716, the Jacobite forces were on the decline and James opted to return to France rather than bolster what little support he had left.  This abandonment of Scottish forces further damaged his support in that country and all-but eliminated any further opportunities to get the throne back.  James then set himself up in Avignon with a Court in Exile that operated as little more than a tourist stop for visiting Britons.

James’s son, Charles Edward Stuart, was born in 1720 while James was living in Rome and spent most of his life there and Bologna.  By 1743, Charles had been appointed “Prince Regent” by his father, with all the authority to act on James’s behalf.  What followed was the Jacobite Uprising of 1745, in which Charles invaded Scotland and won the support of many Highland clans and made great advancements as he moved his army further south.  However, Charles made a tactical error at the Battle of Culloden in 1746 when he chose to fight on flat, marshy ground that exposed his forces to the Duke of Cumberland’s artillery.  Following the battle, Charles fled back to France with the aid of Highland supporters.  He was expelled from France in 1748 as a result of a treaty between Britain and France and was recognized by Pope Clement XIII as king upon James’s death in 1766.  Charles made no further serious efforts to invade and died in 1788.

Charles’s brother, Henry Benedict Stuart, then became the last of the family line to make a public claim to the throne but never made any military attempt to get it back.  By this point, the papacy made no recognition of any Stuart claim to the throne and the family’s support on this front had dried up.  King George III’s government was persuaded to give him an annuity after Henry had fallen into poverty, but that was the end of the Stuart association with the United Kingdom.  Henry contented himself to join the clergy and eventually became Dean of the College of Cardinals, a post he held until his death in 1807.  As he passed without any heirs, no further Stuart claimants existed and the family line effectively died with him.