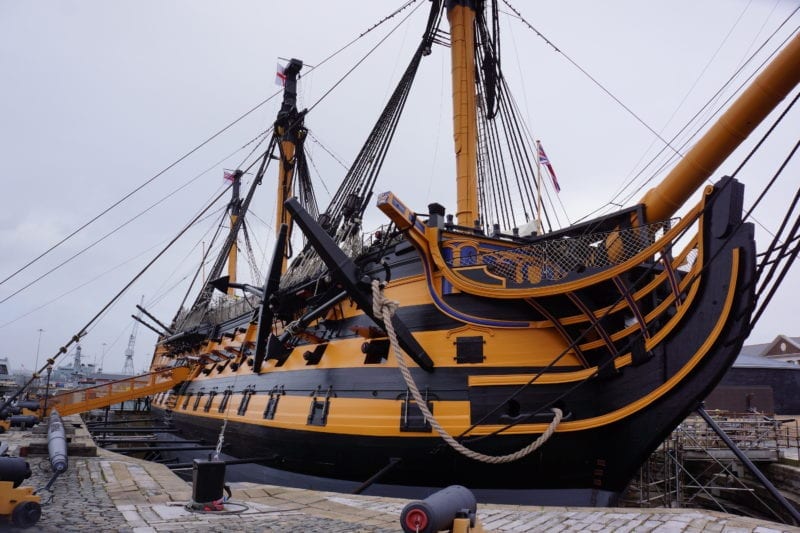 The flagship of Admiral Horatio Nelson, the HMS Victory is one of the most famous ships to sail in the Royal Navy.  Launched in 1765, it would see its name go down in the history books nearly forty years later at the Battle of Trafalgar.  While Nelson would command the battle from the Victory’s quarterdeck, his death would forever tie the ship to him and the battle.  Of course, Trafalgar is not where the HMS Victory’s story begins nor is this where it ends.  Moored in the Portsmouth Historic Dockyard, you can visit the ship yourself to find out more, but we’re going to bring you ten interesting facts and figures to digest more immediately.

For the nautical nerds amongst us, here are some fast facts about the ship itself.  The Victor’s overall length from bowsprit to taffrail is 226 ft, 6 inches.  Its breadth is 51 ft, 10 inches.  The depth in the hold is 21 ft, 6 inches.  As for the tonnage, the ship 2,196.6 metric tons and displaces 3,556 metric tons of water.  During the Battle of Trafalgar, the ship was armed with 104 cannons and crewed by 821 sailors.

As with most ships of the era, the crew didn’t drink water on board.  The most common beverages amongst the men were wine and beer.

The HMS Victory was commissioned as part of twelve ships ordered by Pitt the Elder in 1758.  Pitt wanted one to be a first-rate ship, which meant it would be one of the largest ships of the time.  The ship was laid down and took six years and roughly 6,000 oaks and elms to build.  The ship was launched on May 7, 1765, but shipwright Hartley Larkin immediately noticed a problem—the dock gates were 9 ½ inches too narrow for the ship to fit through.  A crew of workmen had to chip away at the wooden gates enough so the ship could make it out of the dock.

The HMS Victory has three masts and had a total of thirty-seven sails.  The fastest the ship was ever recorded as going was 11 knots, which is the equivalent of 12 miles per hour.

Hurry Up and Wait

Despite it being built to be a major part of the British fleet, the ship remained moored in the River Medway for thirteen years until France joined the American War of Independence in 1778.  The ship was then activated in response to French attacks that helped keep the majority of the Royal Navy on that side of Atlantic. 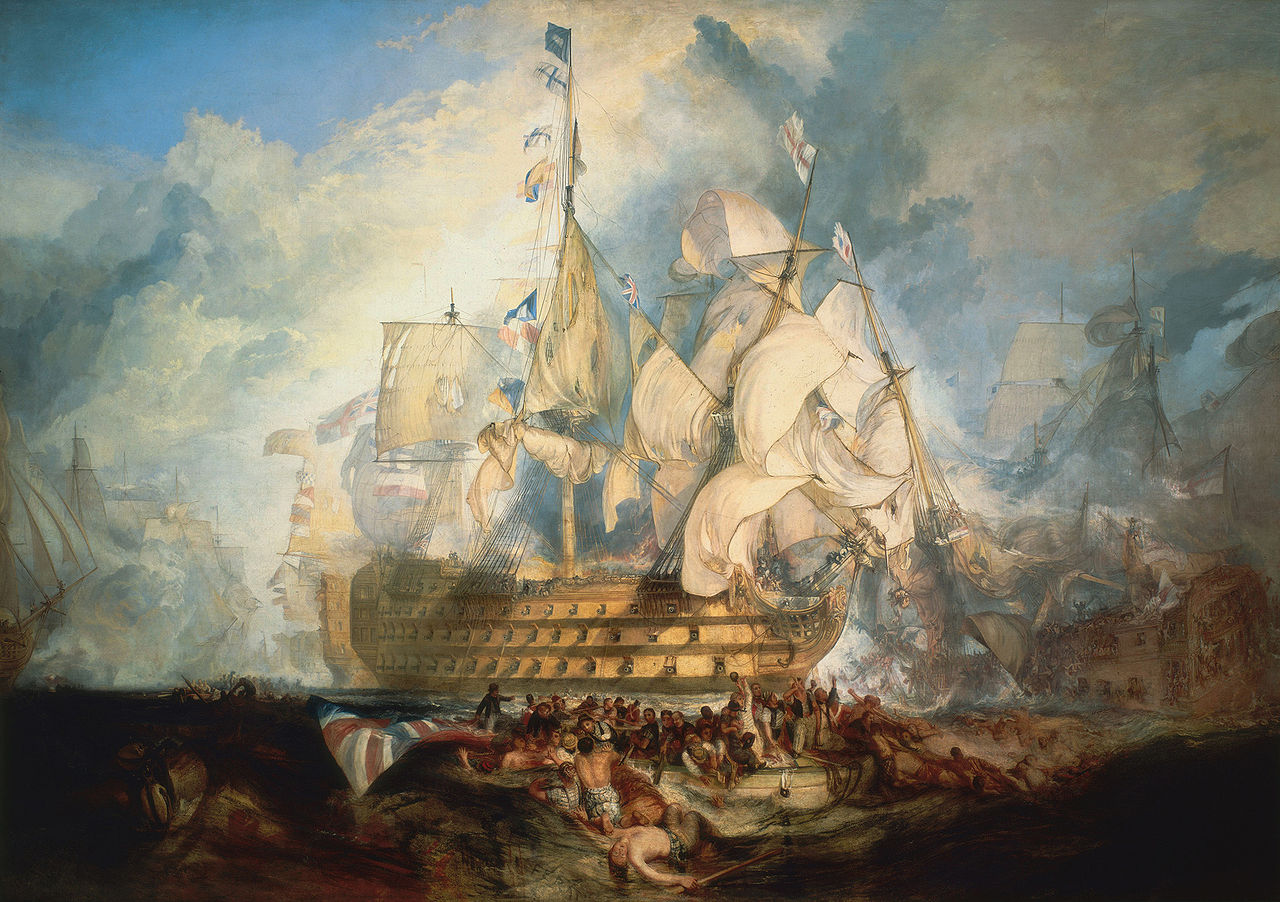 In 1780, the bottom of the ship was covered with 3,923 sheets of copper.  The purpose of this was to protect the ship below the waterline from shipworm, which are mollusks that have a habit of boring into the wood, weakening it over time.

As part of the conflicts with France taking place during the Revolutionary War, the HMS Victory was part of the British fleet in both the First and Second Battles of Ushant.  It also participated in a battle against France and Spain as part of the Siege of Gibraltar in 1783 and later the Battle of Cape St. Vincent in 1797.

What’s in a Name?

The HMS Victory was named after Britain’s multiple victories against the French prior to the ship’s commissioning.

The HMS Victory is the only surviving ship to have participated in the American War of Independence, the French Revolution, and the Napoleonic Wars.  Strange to think that for its pedigree, two years after Trafalgar, the Royal Navy deemed the ship too old and in disrepair to consider it a first-rate ship.  It was then made a second-rate ship and thirty of its guns removed.  By 1831, the Admiralty wanted to break up the Victory and use its timbers for other vessels, but a public outcry spared the historic vessel.  It was then used as a training ship until it was moved to Portsmouth in 1922 and has existed as a museum ship ever since.

Those wishing to see the Victory in person can find it at No. 2 at the Portsmouth Historic Dockyard.  The ship opens at 10 AM every day (except holidays) and requires a ticket.  You can purchase a Full Navy ticket that grants you access to several other ships in the dockyard as well as a Harbour Tour and entrance to the National Museum of Royal Navy Portsmouth.