You are here: Home / British History / Victory from Retreat: Ten Interesting Facts about the Dunkirk Evacuation 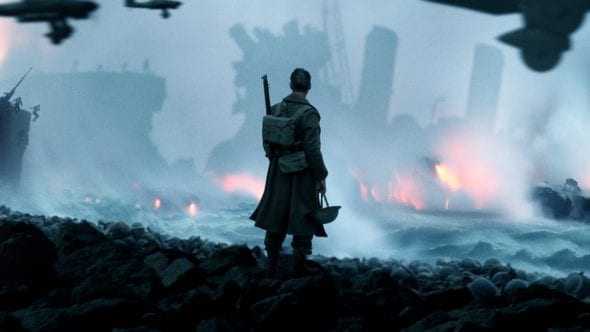 It was certainly a bleak period of World War II.  Hitler’s blitzkrieg had practically rolled through France in 1940, and the Allies were thoroughly crushed both in force and in spirit.  By 26 May, British and French soldiers were trapped on the beach at Dunkirk, surrounded by Nazi forces that threatened to wipe them out before they could escape.  However, the British government launched Operation Dynamo to evacuate the troops and succeeded beyond their expectations.  Now a major motion picture directed by Christopher Nolan and starring Kenneth Branagh, Tom Hardy, Cillian Murphy, James D’Arcy, Harry Stiles, and Fionn Whitehead, read on to discover some of the interesting facts surrounding this important moment in British history.

The original projections had about 45,000 troops being evacuated in 48 hours, but by the end of the evacuation, approximately 338,000 British troops were rescued from Dunkirk and another 26,000 of the French rearguard over a period of eight days.

What We Leave Behind

One interesting fact about the British forces in 1940 was that the UK had the only 100% mechanised army in Europe.  To contrast, out of 135 German divisions, only 16 of them were mechanised, meaning the other 119 still relied heavily on horses and the soldiers themselves.  Despite the technological superiority of British forces, the United Kingdom only sent ten divisions to assist the French, which resulted in the army being overwhelmed.  The quick evacuation meant that the British Expeditionary Forces had to leave behind all their heavy equipment, which included 2,400 artillery guns, 65,000 vehicles, 445 tanks, and 65,000 tonnes of ammunition.  Additionally, 40,000 troops were captured and became POWs.

Before the Battle of Britain

While the Battle of Britain began in July 1940, the first action that RAF Fighter Command (which was created to defend the United Kingdom) saw was over the English Channel and Dunkirk.

By 24 of May, the Germans had the British completely surrounded and threatened to wipe out the remaining British and French forces when the Nazis suddenly stopped.  Germany took no further action for a full 48 hours on Hitler’s orders to rest and resupply.  The exact reason for the ceasefire is the subject of much historical speculation, with potential reasons ranging from Hitler’s desire not to see a repeat of Marne from WWI in which exhausted troops were forced to retreat to his belief that demoralised Allied forces wouldn’t return after their defeat.  In any case, the pause gave the British and French time to dig in and put up their defences while planning the evacuation.

Winston Churchill had only been Prime Minister for two and a half weeks before the evacuation at Dunkirk.  His speech on 4 June before the House of Commons is one of his best remembered, especially the lines:

Instrumental in the rescue of British and French soldiers was the pressed fleet of “little ships”, crewed by civilians, that sailed from England to France.  Approximately 700 civilian ships took part in the operation comprised of everything from fishing boats to personal yachts.  The smallest ship in the fleet was a fishing dingy named Tamzine at only 15 feet long.  Roughly 235 of the little ships were lost during the action, mostly due to attacks from the Luftwaffe, and 5,000 soldiers and crew were lost.  The Association of Dunkirk Little Ships was founded in 1965 and organises a reenactment of the journey every five years, escorted by the Royal Navy.  The Dunkirk Little Ships Restoration Trust is a charity that was established in 1993 to preserve the ships that participated.  The little ships also have a special dispensation to fly a variation of the Union Jack that features the Cross of St. George with the coat of arms for Dunkirk over it, known as the “Dunkirk Jack”.

Perhaps one of the most famous sounds in air warfare, many German StuKa Ju 87 dive bombers were equipped with wind-driven sirens on the edges of the wings that shrieked as the bombers strafed their targets.  The trumpets were a propaganda tool of the Germans, a type of psychological warfare meant to terrorise their targets.  However, the sirens had a couple of drawbacks in that they caused drag on the wings that slowed the bombers down and also that opposing forces eventually got used to the sound such that it gave them advance warning of the attack.

The phrase “Dunkirk Spirit” came about as a way to refer to people who pull together in times of great adversity.

Despite instances that the film depicts of soldiers attempting to sneak aboard ships or use other means to jump the queue, the evacuation was described by commanders as being very orderly.  Soldiers stood politely in their lines without pushing or shoving and one commander noted it was if they were simply “waiting for a bus.”