Editor’s Note: It’s now been a year since Toni started writing The Repat Report for Anglotopia and she’s shared some great writing with us. But after a year, she’s not really a “repat” anymore. She’s settled back into Britain nicely so we felt it was time to rename the column – from this one forward it’s now ‘A Brit Back Home.’ Can’t wait to read what Toni writes next!

Over a year of repatriation for me now, and I think I’m almost there. I’m still not quite sure of all things telly-related, and I’m not up to date on British politics as much as I’d like, but I’ve managed not to get myself too hot and bothered about all that. What I occasionally forget, however, is that my fifteen-year-old son isn’t a repat. Although he’s very familiar with the UK from his annual visits to grandma’s house, there’s still a lot he hasn’t seen.

Take, for instance, the road sign we passed last week while driving down a semi-rural road. 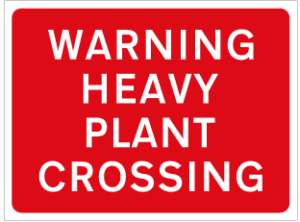 There was a moment’s silence and then “What the…?” from the back seat. He’s too young to know the film, and I haven’t yet introduced him to the genius of John Wyndham, so any reference to Triffids would have been lost, but I was sorely tempted to point out how tall the hedgerows were. (“Plant” is the term used here for large construction and industrial machinery.)

Another one that started a lengthy discussion on our car was the FORD sign. No, this doesn’t mean that only Ford drivers are allowed beyond that point, or that Ford vehicles are prohibited. It’s used to alert drivers to an upcoming ford across a stream or a river. According to the AA (Automobile Association), there are more than 2,000 fords in the UK, and 12 of their top 20 breakdown sites are at fords. Most fords don’t have any barrier so drivers are free to drive through fords whatever the risk. And hoo boy, they do. 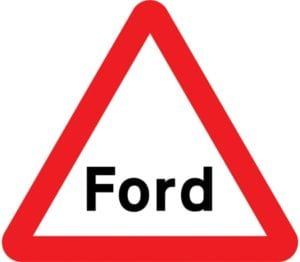 Particularly hazardous is the ford or causeway leading from the Northumberland coast to Holy Island, or Lindisfarne, as it’s also known. The island is cut off twice a day during high tide, and there are tidal timetables to show when it’s safe to drive across to the island. Unfortunately, even though most bed-and-breakfast owners warn their guests about the dangers, and there are warning signs everywhere, this doesn’t guarantee that visitors always pay heed. Their main mistake is to try to beat the tide as it’s rising. About once a month a car will get stuck doing this and it gets very spendy. There is usually no time to tow the car so a full-on sea rescue has to be performed, and the car is usually a write-off. Lesson? Pay attention to signs about fords and causeways. 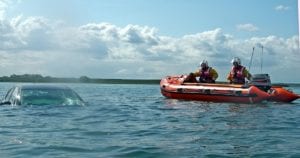 All over the country, there are signs that spell out reduced speed limits in a variety of tones. There’s one that’s often seen outside schools that says “5mph – FOR A REASON”. Yikes. If that doesn’t say “Slow down and don’t argue about it sonny boy”, I don’t know what does. You can almost see the Lollipop Lady wagging her finger. (Lollipop Lady is the term of endearment used for female crossing guards up and down the land. The “lollipop” is a nod to the round shaped sign-on-a-stick she carries.  Here’s a lovely article from a London lollipop lady, describing her job.)

Other speed signs take a less bossy tone, and say Twenty’s Plenty, often with cartoon drawings of tortoises below them. The most adorable one for me though, is the 20mph sign with “Traffic Calmed Area” written below. How lovely. If only it were true. 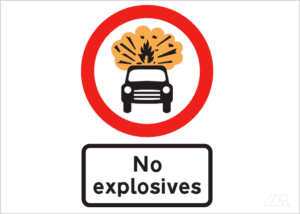 While it actually does say “No Explosives”, and one assumes, that means “Don’t come around here with a car full of explosives”, it does look like the drivers are carrying out their own personal firework displays!