So yes, on the political front, it’s been quite the fortnight in the UK. Without wishing to get into too much debate, I thought I’d share some of the priceless insults that have been flying around in the press and on social media. If there’s one thing we Brits do rather well, in my humble opinion, it’s a withering put down.

First we had the Tweet from actor Hugh Grant which went viral almost immediately, and has since promoted a furious online spat with TV presenter Piers Morgan, for some reason. Venting his spleen at our new Prime Minister, Boris Johnson, Grant called him an “over-promoted rubber bath toy.” Now, on the face of it, this seems like a fairly benign comment. I mean, there’s no swearing at all. But how perfect! “Over-promoted” is a direct criticism of Johnson in his new role (which wasn’t the result of a national election), and “bath toy” – well. There are various explanations as to why this particular analogy was used and I’ll leave it to you to decide. 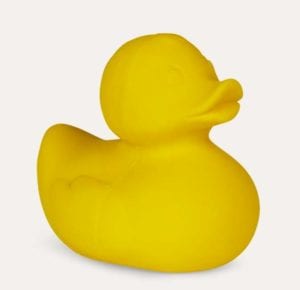 Next came Dame Margaret Beckett, a Labour MP (Member of Parliament), commenting on the political web site Guido Fawkes, and calling writer Tom Harwood’s words “sanctimonious claptrap”. If you Google this phrase, you’ll see it’s used quite a lot in the UK, especially when talking about politics. However, when Dame Margaret said it live on TV, her tone of voice took viewers straight back to their school days and made us all glad she was berating someone else. Another Labour MP, Jess Phillips, in an open letter to Johnson (28 August) referred to his “latest wicked wheeze”, which poked fun at his “boyish” looks and temperament, took a swipe at his very elite education, and implied that he wasn’t taking serious matters very seriously at all.

In a spectacular shellacking of the government’s activities, journalist Marina Hyde penned the phrase that I’m surprised hadn’t come up earlier – “the prorogues’ gallery”. (This is a play on Boris Johnson’s attempt to prorogue, or shut parliament down, for a period of time. Like “emoluments” in the US, “prorogue” and “prorogation” are now words on everyone’s lips yet none of us had heard of them before last week.) It’s hard to pick out a phrase in the article that stands out, since the whole thing is pretty acerbic, but I do like “Great to have you on board the train towards a clue, secretary of state!” I shall try to memorize that and use it on an unsuspecting Twitter antagonist in due course.

Another great Tweet came from journalist Aaron Sharp, on September 3rd (the day Johnson took a beating in the House of Commons and lost his voting majority). According to Sharp, “Boris Johnson is the substitute who spends every Sunday slagging off his own team from the sidelines, and is absolutely shite (pardon the French) when the manager finally throws him a shirt. (See below for translation.) Anyone who has played team sports knows exactly the kind of player Sharp is talking about.

Perhaps the most outrageous salvo came from veteran political journalist Jeremy Paxman, who presented a Channel 5 documentary on September 2nd entitled “Why are our politicians so crap?” Analyzing the success of Boris Johnson’s bid for the top job, Paxman asked “How did a man you wouldn’t trust alone with your own sister come to be trusted with the entire country?”

Ouch! Come on Jeremy, get off the fence; tell us what you really think.