You are here: Home / British History / The Peerage: A Primer on Understanding Lords, Ladies, Dukes, Earls and More 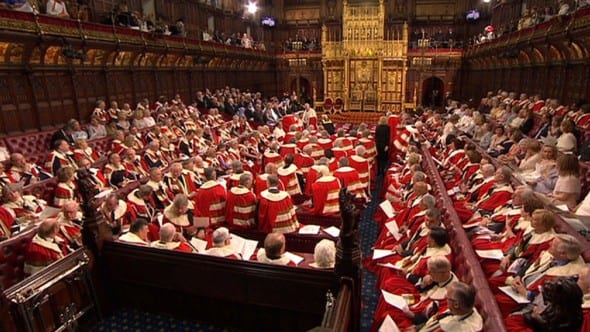 In Britain, the peerage comprises a number of legal hereditary, life, and representative titles.  The system dates back to the 11th Century and the Anglo-Saxons.  It began as a means to protect England from invaders, with earls being appointed over various shires, which continued after the Norman conquest, though the administrative duties shifted to appointed sheriffs.  Over time, a series of various titles evolved, including:  Duke/Duchess, Marquess/Marchioness, Earl/Countess, Viscount/Viscountess, and Baron/Baroness.

Further, there are five co-existing peerages.  The three oldest are the peerages of England, Scotland, and Ireland.  With the Acts of Union of 1707, the English and Scottish peerages became the Peerage of Great Britain.  After the Acts of Union of 1801, future peerages were made under the Peerage of the United Kingdom, including those from Ireland and now Northern Ireland.  Traditionally, most of these peerages have been hereditary.

In the past, a hereditary peerage could only pass from fathers to sons.  If the peer had no children, the title would pass to his brother.  If he only had a daughter, it would pass to her husband.  To this day, women are still not entitled to inherit most hereditary peerages.  At one point, there were over 800 hereditary peers in the UK and a majority of them were entitled to sit in the House of Lords.  However, under Tony Blair’s government, the House of Lords Act 1999 removed all but 92 of these seats.

The Life Peerage Act of 1958 created titles that only last for the life of the person appointed.  The Prime Minister typically appoints life peers from his or her own party, though he or she may also appoint life peers from the opposition.  These peers are expected to attend sessions of the House of Lords and they now make up the majority of the seats in the chamber.  Representative peers, on the other hand, are peers chosen by the peers of Scotland and Ireland to represent those nations in the House of Lords.  These peers were introduced after the Acts of Union 1707 and ended for Ireland when it became a free state in 1922, while Scottish peers continued until 1963 when all Scottish peers were permitted to sit in the House of Lords.  The remaining representative peers were among the ninety-two hereditary peers under the 1999 act.

King Edward III created the first dukedoms of Cornwall, Lancaster, and Clarence in 1337.  Dukes are the highest rank of peerage below the sovereign.  At present, there are roughly 30 dukedoms in the United Kingdom, with 10 of them being Royal Dukedoms, which are held by members of the Royal Family.  For non-royal dukes, the rank goes in order of creation, meaning that the oldest non-royal duke is the most senior.  The form of address for most dukes and duchesses is “Your Grace”.

King Richard II created the first Marquess when he appointed Robert de Vere, 9th Earl of Oxford, as the first Marquess of Dublin in 1385.  The title of marquess is below a duke, but one level higher than an earl.  King George V styled most of his relatives as Marquess after they relinquished their German titles during World War I and the last Marquess created was the Marquess of Willingdon is 1936.  No other such titles have been created since, with the most recent honour above an earl being the Duke and Duchess of Cambridge in 2011.  A marquess or machioness is addressed as “The Most Honourable” or “My Lord Marquess/Madam”.

As mentioned, “earl” is the oldest form of peerage dating back to pre-Norman times.  The Norman equivalent was a Count, though that was not continued under King William I.  However, the female title of countess is a holdover from the Normans.  After William, succeeding kings continued to reduce the power of earls.  Even so, they still had enough power to depose King Edward II.  Over time, the earldoms came to be less associated with shires and more with towns, local landmarks, or surnames.  The proper address for earls and countesses is “The Right Honourable Earl/Countess” and “My Lord/Madam”.

The fourth rank in the British peerage system, a viscount or viscountess is typically named in association with a place.  The title originated under the Carolingians in France and was carried over to Britain by the Normans, though the use of it wasn’t recorded until 1440, when King Henry VI created John Beaumont as Viscount Beaumont.  It was a title created by the monarch and while it was similar to a life peerage at first, eventually it became a hereditary peerage.  Viscounts and vicountesses are often addressed as “My Lord” or “Madam” rather than by their title.

Baron or baroness is the lowest rank of peerage and were created by the Normans as a mostly administrative position within the “barony”, or feudal tenure.  In Scotland, the title became that of “thane”, prominently remembered now from the play Macbeth.  Barons were expected to be loyal to the king and serve as military commanders at the monarch’s command.  It was the barons who forced King John I to sign the Magna Carta and it was the barons who formed the first parliament.  Over time, baronies became less tied to land and more products of royal creation.  Further, all of the above titles also typically carry the title of baron.  The proper title is typically “Lord” or “Lady” and the form of address is “My Lord” or “Madam.”

Of course, this information represents only the basics of the peerage system and it is, in practice, very complex with a rich history and we have inevitably left some things out – this is meant to be a primer. There is plenty of information around the internet of you want to delve deeper into the intricacies of the British peerage system.