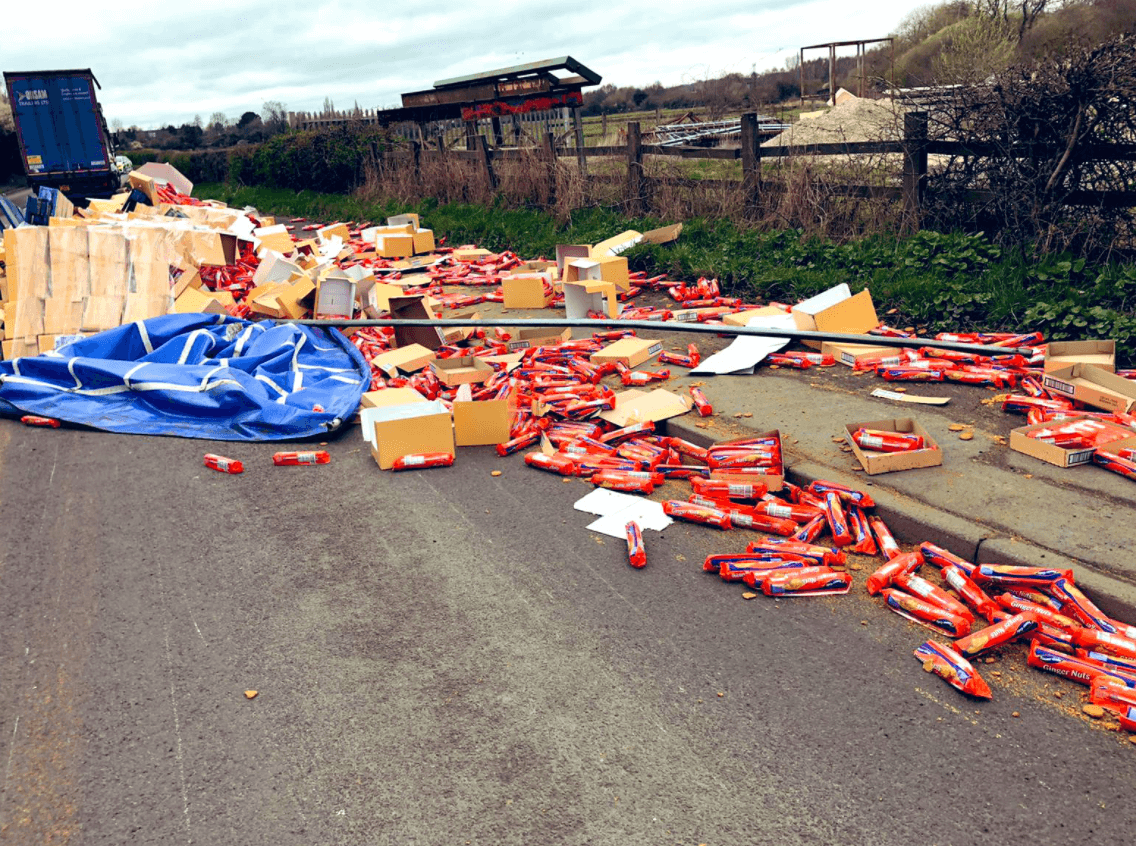 Drivers in Derbyshire were obstructed by an avalanche of biscuits when a lorry spilt hundreds of McVitie’s packets across a main road.

Derbyshire Constabulary were called to the scene on Ilkeston Road, Sandiacre, at around 4.30 pm on Monday, arriving to find the road and adjacent pavement strewn with McVitie’s ginger nuts and bourbon creams.

“It took officers a moment to digest the scene in front of them, however, they didn’t crumble and ensured that traffic was able to continue moving nicely,” a spokesperson for Derbyshire Constabulary said.

“While recovery had to approach the scene gingerly, after a bit of hobnobbing to ensure that all the right forms were filled out they soon had the wagon wheels rolling.”

Pictures from Erewash Response on Twitter show cars making their way through cookie crumbs while tens of boxes and hundreds of packets lay strewn along the road.

A photo of the lorry itself shows a large tear in the plastic wrapping that had been holding boxes of the McVitie’s goods in place.

Erewash Response wrote on Twitter that a team from Crouch Recovery, a car, and commercial vehicle recovery service, also attended the scene.

“Please bear with us this evening whilst we try and ‘digest’ this issue,” the account wrote.

“A lorryload of McVitie’s finest have decided to abandon ship causing a slight obstruction.”