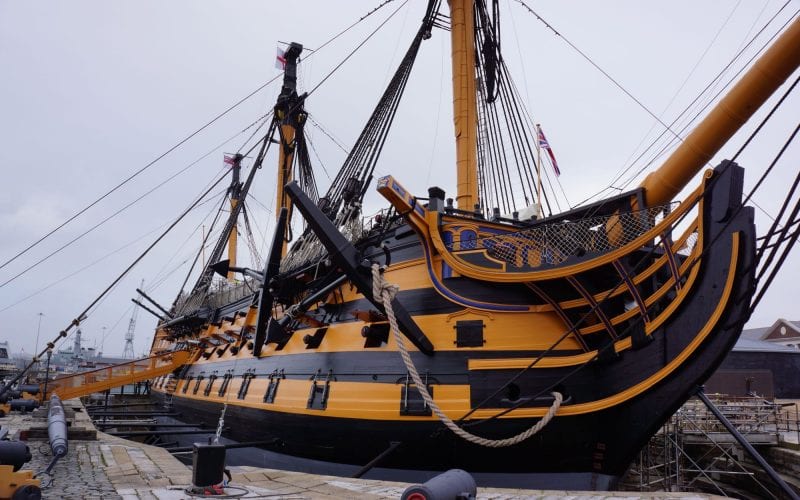 As its name would suggest, Portsmouth is a port city in Hampshire, England.  It has been vital to trade and exploration for centuries, and as such, much of its culture, as well as its attractions, are dedicated to sailing.  Portsmouth has also been home to some of the UK’s greatest figures, being the birthplace of former Prime Minister James Callaghan, engineer Isambard Kingdom Brunel, and author Charles Dickens.  When exploring the city’s streets, its docks, and its landmarks, there are plenty of great places to see and fascinating things to discover.  We have identified our top ten favorites below, and you can tell us what you loved best about Portsmouth in the comments (and yes, many are in the same location at Portsmouth Historic Dockyard, but it’s such a huge place, we’ve given them their own entries!).

When looking to do a bit of shopping, have a bite, or experience a grand night on the town, the first place you’ll want to visit is Gunwharf Quays.  Once a naval ordnance yard, it now has over 100 shops, restaurants, and bars, providing an endless way to fill the day.  However, make sure you don’t spend too much time here and neglect the other great entries on this list.

An art and history museum, the Portsmouth City Museum is located in a former barracks and is the greatest repository of the city’s culture.  In addition to learning about how the city has changed over time, you can peruse the work of great local artists over the centuries.  Amongst the museum’s exhibits is the donated Sherlock Holmes collection of Richard Lancelyn Green which is narrated by museum patron Stephen Fry.

One of the oldest churches in Portsmouth, Royal Garrison Church was originally built in 1212.  Also known as Domus Dei, it was originally an almshouse and hospice, but with the Dissolution of the Monasteries, King Henry VIII converted it into an armory.  It became a garrison church in the 18th Century and was partially damaged by German bombers in 1941.  Today the church building is Grade II listed and in the care of English Heritage. 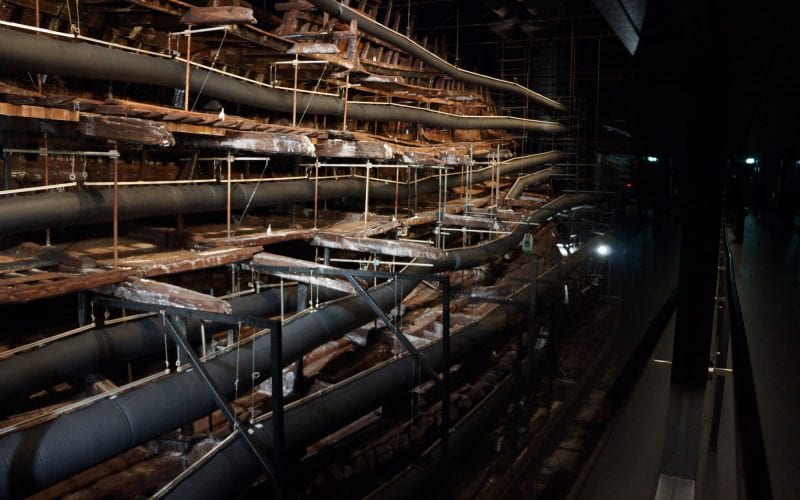 One of the grand ships of King Henry VIII’s Navy, the Mary Rose was lost at the Battle of Solent in 1545, but rediscovered in 1971 and brought back from the ocean’s depths in 1982.  The museum that contains her opened in 2013 and has plenty of artefacts as well as exhibits from the ship and about sailing during the Tudor period. 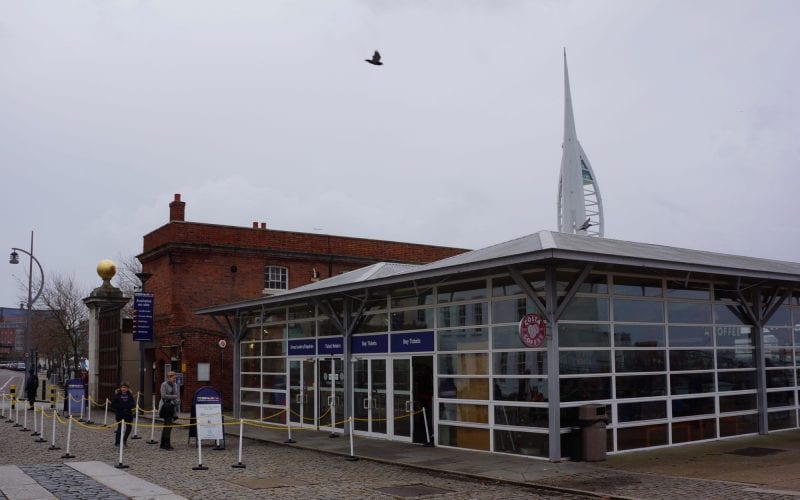 The best view of Portsmouth can be had from Emirates Spinnaker Tower, a nearly-558-foot-tall observation tower on the waters’ edge of the previously-mentioned Gunwharf Quays.  Panoramic views at the top will provide the best way to see the city or the English Channel.  While an elevator will take you up, the very daring can go down by other means—repelling 328 feet down the side.

The oldest church in Portsmouth, the first stone for what would become Portsmouth Cathedral was laid in 1185.  Since the Norman era (of which the transepts and chancel originate), it has been greatly expanded and renovated, featuring designs that allude to its long history.  And as Portsmouth is home to the Royal Navy, visitors can see tributes to the Mary Rose as well as the HMS Victory along with other important RN ships, sailors, and battles.

The only museum in the United Kingdom dedicated solely to this momentous battle in World War II, the D-Day Story not only covers the battle from a historical standpoint but delves into the individual experiences of the military and civilian personal who helped make it a success.  Plenty of artefacts from tanks to machine guns can be found here, as well as the 272-foot Overlord Embroidery that depicts the events of “the longest day”. 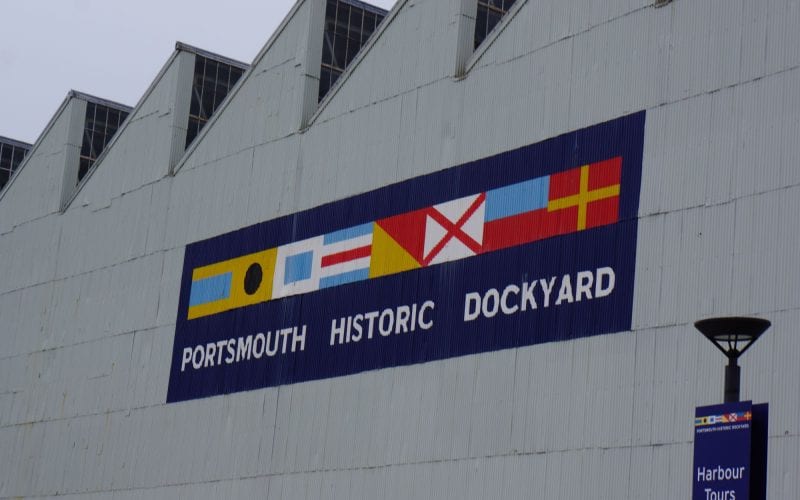 While it’s normally impossible to get on a Royal Navy base without clearance, the Historic Dockyard is one portion of HM Naval Base Portsmouth that is welcome to visitors.  Portsmouth is home to the Royal Navy much as Norfolk is for the United States Navy, so there is plenty of history to explore here from museums to famous ships, two of which are higher on this list.

Speaking of museums at the Historic Dockyard, the one you won’t want to skip is the Royal Navy Museum.  As Portsmouth is the Royal Navy’s home, the museum holds over 300 years of historical artefacts and stories of the Navy’s worst defeats and its greatest victories.  The museum is broken down into three linked buildings that traverse the Royal Navy’s history from its earliest days to the present, and two of the buildings are Grade I listed structures. 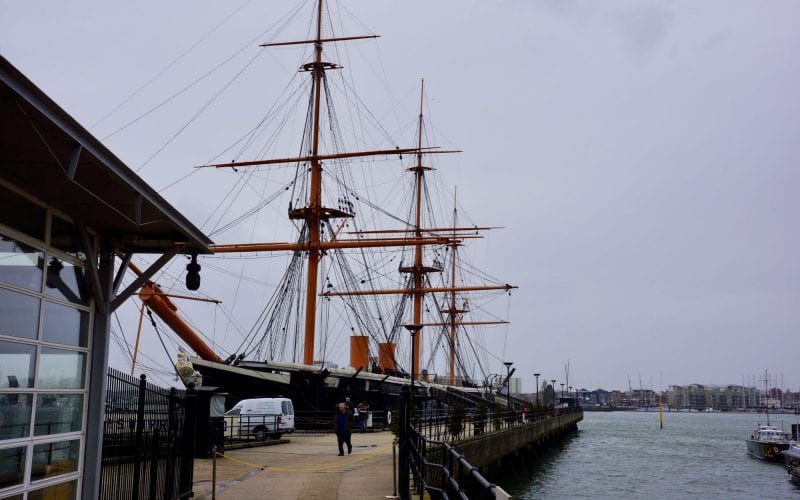 While at the Historic Dockyard, you’ll want to make sure that you don’t miss out on both of these grand sailing vessels.  The HMS Victory is the oldest commissioned ship still in service and played a critical role in Admiral Nelson’s success at the Battle of Trafalgar.  The HMS Warrior, meanwhile, was built in 1859 and perfectly bridges the gap between the sailing vessels of yesteryear and the steam-powered ships that represented the then-future of the Navy.  Both are full of artefacts and exhibits from their histories and should be the number one place you visit in Portsmouth.