Happy new year! Welcome to 2020! Let’s have a look what’s happening across Britain this month and see what weirdness I’ve managed to find this time.

I’ve been to the London Twelfth Night celebration so can recommend the event but there is also a Twelfth Night celebration in Guildford, Surrey, each year. Counting twelve nights on from Christmas Day, the twelfth night is on 6 January. In Guildford, the Pilgrim Morris Men perform a traditional wassail to draw a close to the festive season starting at the Star Inn on Quarry Street from 7.30 pm. They tour the town’s hostelries singing traditional carols, performing the Guildford Mummers Play and generously passing ’round the wassail bowl’ under the auspices of the King of Misrule, who is chosen at the start of proceedings. At each pub, chalked cross marks are made on the beams called apotropaic marks – it’s one of the rituals of the night and the marks are made to bring good luck and to prevent the entrance of evil spirits. I’m told it’s noisy, crowded and lots of fun. 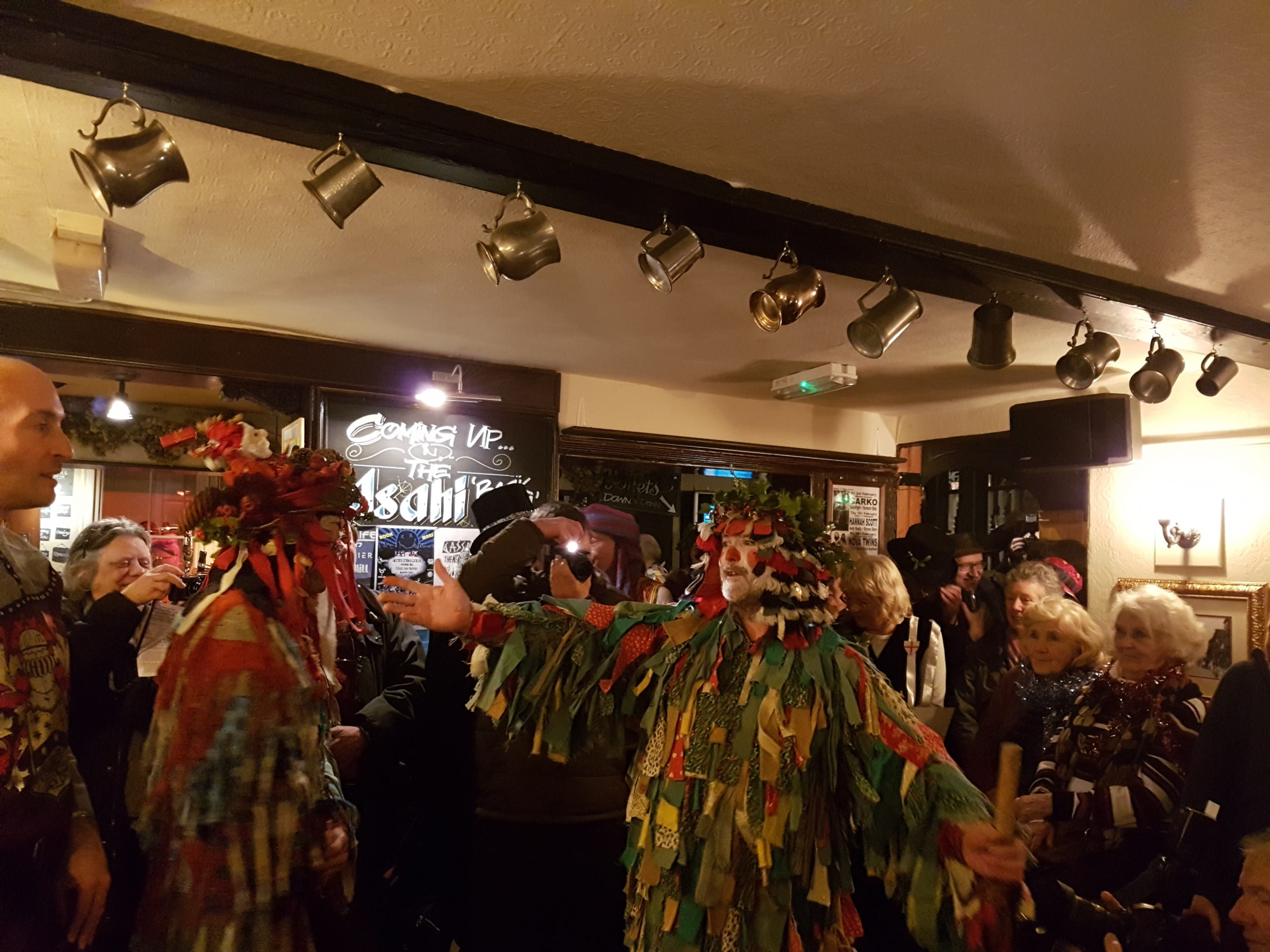 From noon on 6 January, there is more wassailing in Bodmin, Cornwall. The tradition here dates back to 1624 when local man and town clerk Nicholas Spry provided a wassail cup and the drink to fill it. These days it has become a twelve-hour marathon of song (they have two unique songs) and drink while collecting money for charities. The wassailers are a group of smartly dressed gents attired in top hats who make their way around the town bidding people “wassail” in shops, homes and pubs. 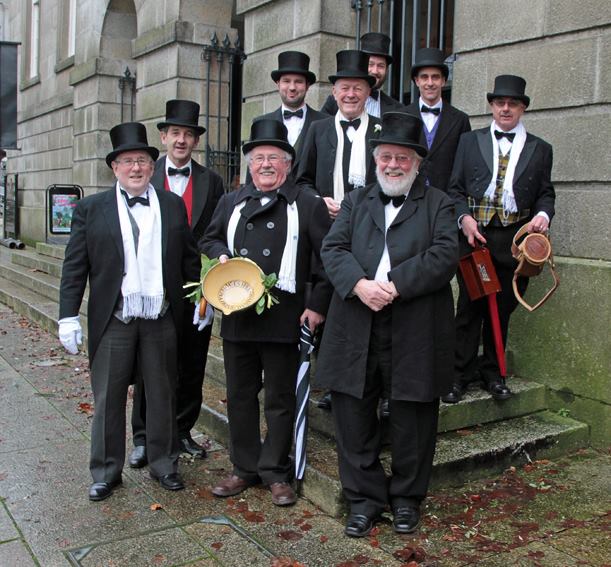 Celebrated on the first Monday after Epiphany (or the first Monday after the Twelfth Night) – the first day back at work after Christmas for farm labourers – Plough Monday harks back to the days when farm labourers had little work to do in the winter months. This year it is on Monday 13 January 2020. (Plough Sunday is the day before and there are Blessing the Plough services across farming counties including at Durham Cathedral.)

The tradition is most well known in the East Midlands and in East Anglia. You can see Molly dancing – the East Anglian form of Morris dancing with blackened face performers. And the labourers would don a disguise with a costume or blacken their faces with soot to not be recognised as they dragged a decorated plough around the larger houses in the village, begging for money. In Rumburgh, Suffolk, dancers perform a display before toasting the plough, singing a Plough Monday song and burning greenery from the musicians’ hats.

In some areas of England, a Straw Bear would be paraded. The Whittlesey Straw Bear Festival in Cambridgeshire (on 17 January 2020) is a direct descendant of the Plough Monday customs.

There are events in most major cities but the London Chinese New Year celebration is the largest outside Asia. We have the largest gathering of Chinese lions and dragons in Europe parading along Charing Cross Road and Shaftesbury Avenue. Trafalgar Square has amazing performances on stage plus delicious Chinese food stalls. 25 January is the start of the Year of the Rat and the London celebrations are on Sunday 26 January 2020.

2020 is the first time Burns Night, on 25 January, has coincided with Chinese New Year in 76 years. In Edinburgh, Burns & Beyond is a festival of both celebrations with a vast installation of more than 400 Chinese lanterns in St Giles’ Cathedral, a ‘not-so-traditional’ Burns Supper and much more.

So, what is Burn’s Night? Every January Scotland celebrates the birthday of Robert Burns – the national poet of Scotland – with a traditional supper of haggis, neeps and tatties (swede and potatoes) plus a wee dram (shot of Scotch Whisky).

The world’s biggest contemporary Burns celebration is the Big Burns Supper in Dumfries is on from 23 January to 2 February 2020. Dumfries is home to places such as Ellisland Farm (built by Robert Burns as his home in 1788) and The Globe Inn pub (established in 1610, which was regularly frequented by Burns and is home to some fascinating memorabilia). Or head to Alloway in Ayrshire to visit the Robert Burns Birthplace Museum. 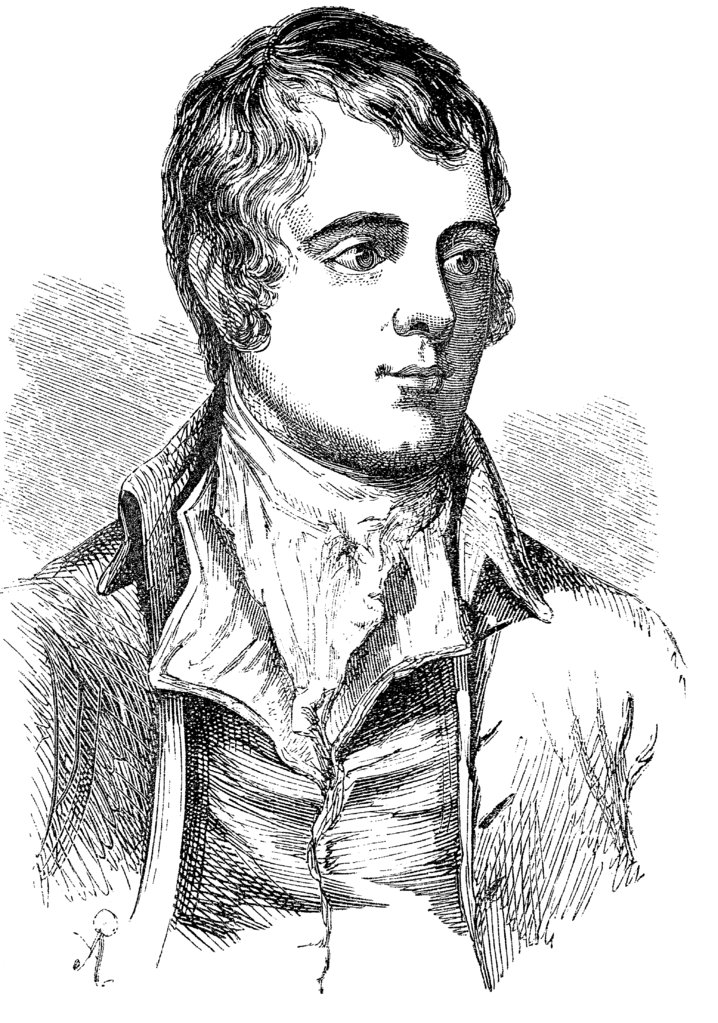 Former Prime Minister Winston Churchill died on 24 January 1965. He lived at Chartwell
in Westerham, Kent, for over forty years but the National Trust property is closed until March so why not visit the place of his birth?

Churchill was born at Blenheim Palace and this month there are Restoration and Conservation Tours available. From 10 January to 9 February 2020 the Palace is undergoing a program of deep cleaning and conservation. During this six-week period, every part of the Blenheim Palace collection is meticulously cleaned and maintained using a range of methods, both modern and traditional. Visiting for one of these tours means you will be able to see the conservation team in action as the Palace remains open throughout the winter.

2020 is the 125th anniversary of the National Trust. It was founded on 12 January 1895 to care for historic properties, areas of beautiful countryside and to provide access to green spaces for everyone. To mark the anniversary, the organisation is aiming to raise £125,000 to support a number of special projects across the English Riviera properties; Greenway, Coleton Fishacre, Bradley Manor and Compton Castle.

One of the most fascinating chapters of the National Trust’s history was written on the Isle of Wight, at Newton Old Town Hall, by the notorious Ferguson’s Gang. Ferguson’s Gang was formed in 1927 with five core members, all of whom were women. Their aim was to raise awareness of the need to protect rural areas and they supported The National Trust. The Gang raised huge sums to protect and preserve important buildings and land that could otherwise have been destroyed. Their ‘swag’ donations to the National Trust were delivered in strange ways: money inside a fake pineapple; a one-hundred-pound note stuffed inside a cigar; five hundred pounds with a bottle of homemade sloe gin. Their stunts were widely reported in the press and, when they made a national radio appeal for The National Trust, the response was overwhelming. The Gang’s members hid behind pseudonyms such as ‘Sister Agatha’, ‘Bill Stickers’ and the ‘Bludy Beershop’.

Lewis Carroll, the author of the Alice in Wonderland stories, was born on 27 January 1832.

Curiouser and curiouser, the charming seaside town of Llandudno in North Wales was a regular holiday haunt for the young Alice Pleasance Liddell (the real Alice in Wonderland) and her family, whose holiday home ‘Penmorfa’ was built on Llandudno’s West Shore. The Liddells were close family friends with Charles Dodgson, who wrote the books under his more famous pen-name, Lewis Carroll.

The town is now home to a well-known Alice Trail where fans can explore its connections with Carroll’s Alice as they are taken from the Hearts Quarter of the town to the Spades Quarter, adjacent to the scenic promenade of the Llandudno’s North Shore, spotting all the White Rabbit commemorative sculptures along the way. The Alice Town Trails apps use augmented reality which fits in perfectly with the spirit of Carroll’s original fantasy novels.

You can also see ENB’s Le Corsaire at the London Coliseum from 8 to 14 January 2020.

The Mari Lwyd is an ancient Welsh wassailing custom which is most closely associated with the village of Llangynwyd. It happens on New Year’s Eve and on the evening of 13 January 2020.

This one does seem a bit bonkers as Mari Lwyd means grey mare. A group with a man under in a white sheet holding a decorated horse-skull on a pole would go from house to house in the village singing impromptu verses in Welsh to the people inside. The residents had to reply in kind or invite in the Mari Lwyd and serve ale and food. Nowadays is all happens at The Corner House Inn.

The Katharine of Aragon Festival commemorates 29 January 1536, when Henry VIII’s first wife was buried at Peterborough Cathedral after her death in exile at Kimbolton Castle. She had previously been married to Henry’s elder brother Arthur who died young. Henry used this (after they had been married for over 20 years) as an excuse to divorce her as he was desperate for a male heir. He declared their union invalid so he could marry Anne Boleyn which started the Reformation of the Church in England.

Katherine still lies there today and the occasion is marked by a programme of events on a Tudor theme. The Peterborough festival dates this year are 23-26 January 2020. 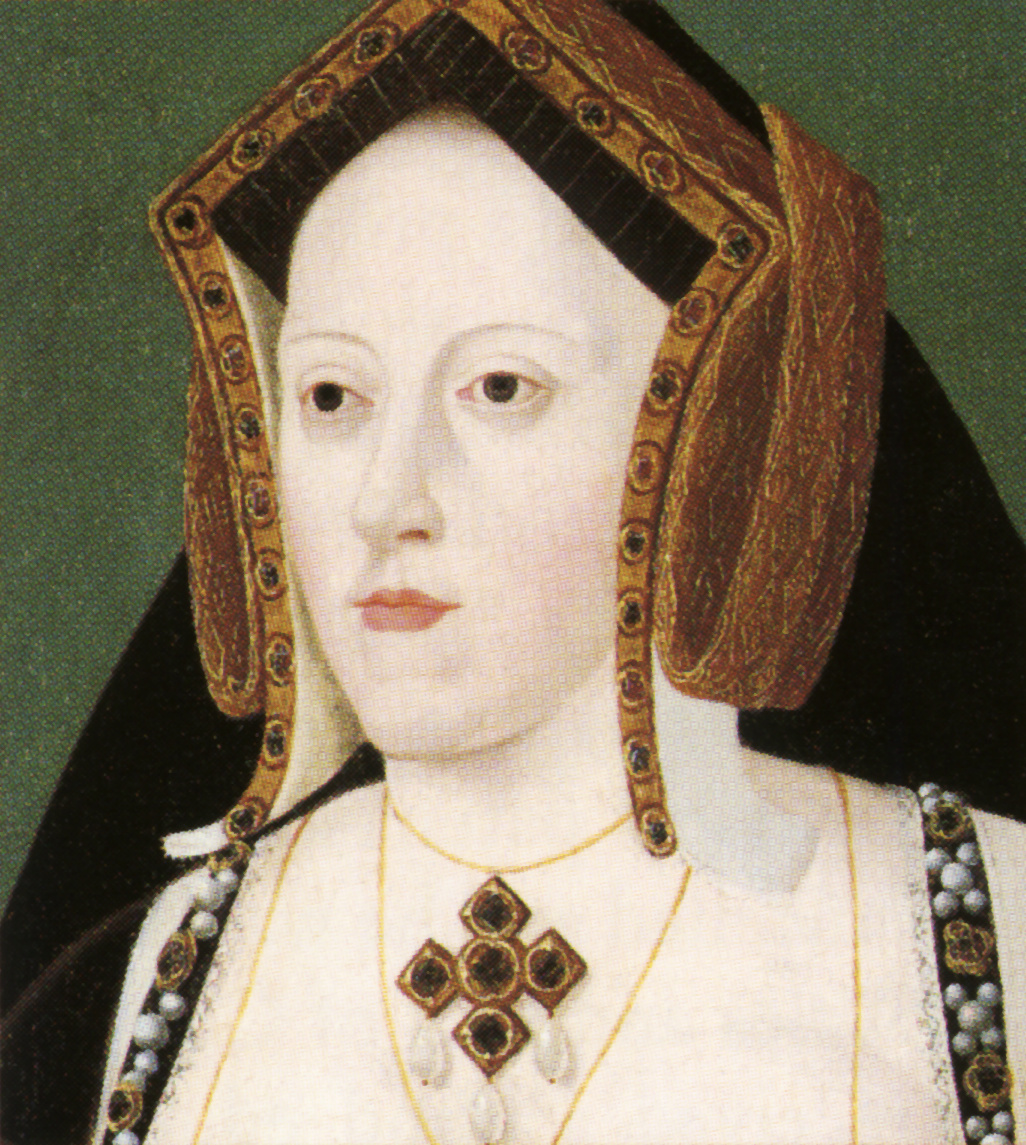 The only king to be publicly executed in Britain, Charles I was beheaded outside Banqueting House on Whitehall in London on 30 January 1649. The anniversary is marked by special prayers and wreath-laying at his statue outside the Banqueting House followed by a Mass inside organised by The Society of King Charles the Martyr.

The English Civil War Society organises an annual parade from The Mall to Whitehall which is held on a Sunday near to 30 January. This year it is on 26 January 2020 from 11 am with an outdoor service at Whitehall around 12.30 pm. 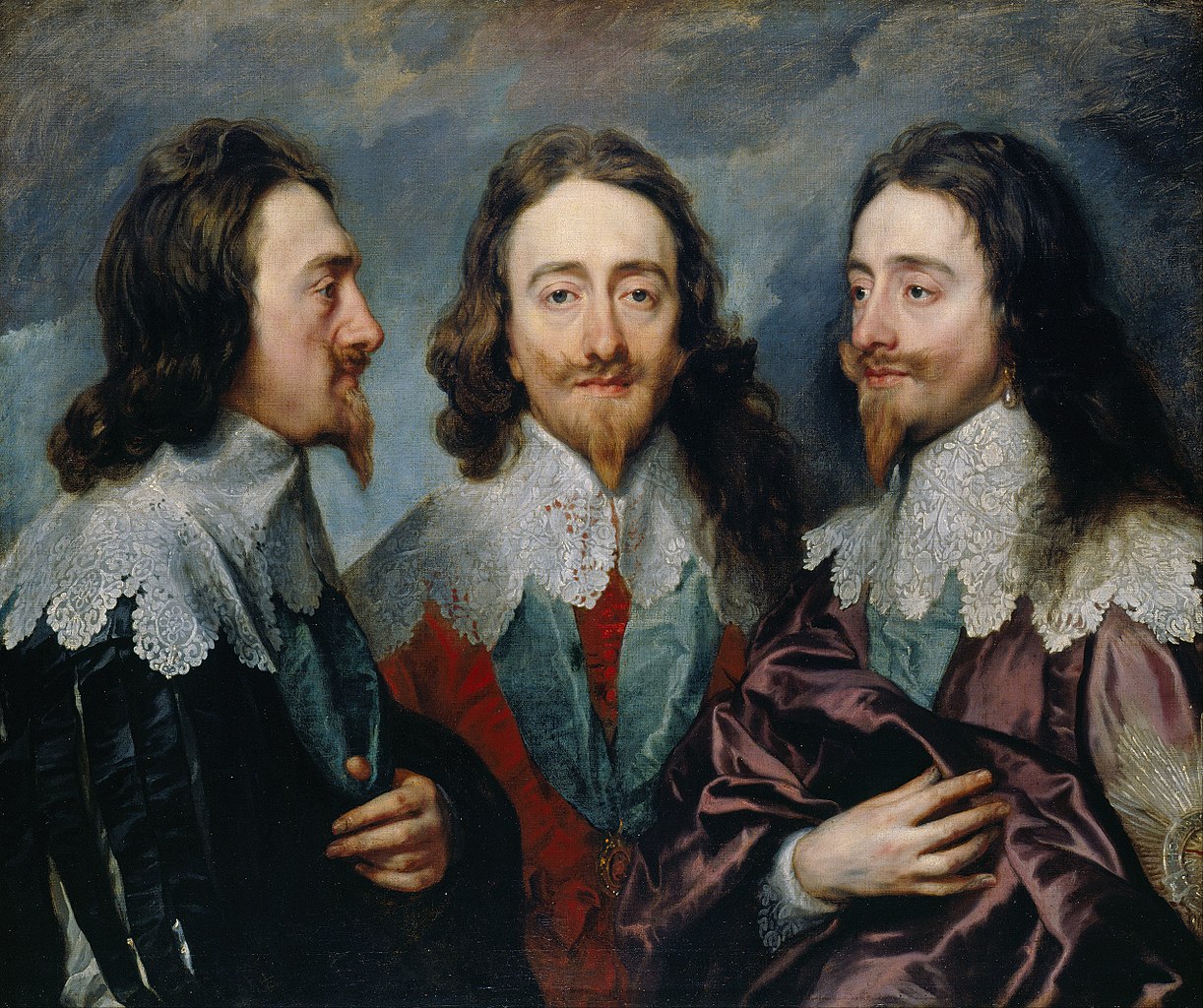 Celtic Connections, the UK’s premier celebration of Celtic music in on in Glasgow, Scotland, from 16 January to 2 February 2020. This annual folk, roots and world music festival celebrates Celtic music and its connections to cultures across the globe. It’s the largest annual winter music festival of its kind featuring more than 2,000 artists and 300 events across 20 venues, including concerts, ceilidhs, talks, art exhibitions and workshops. 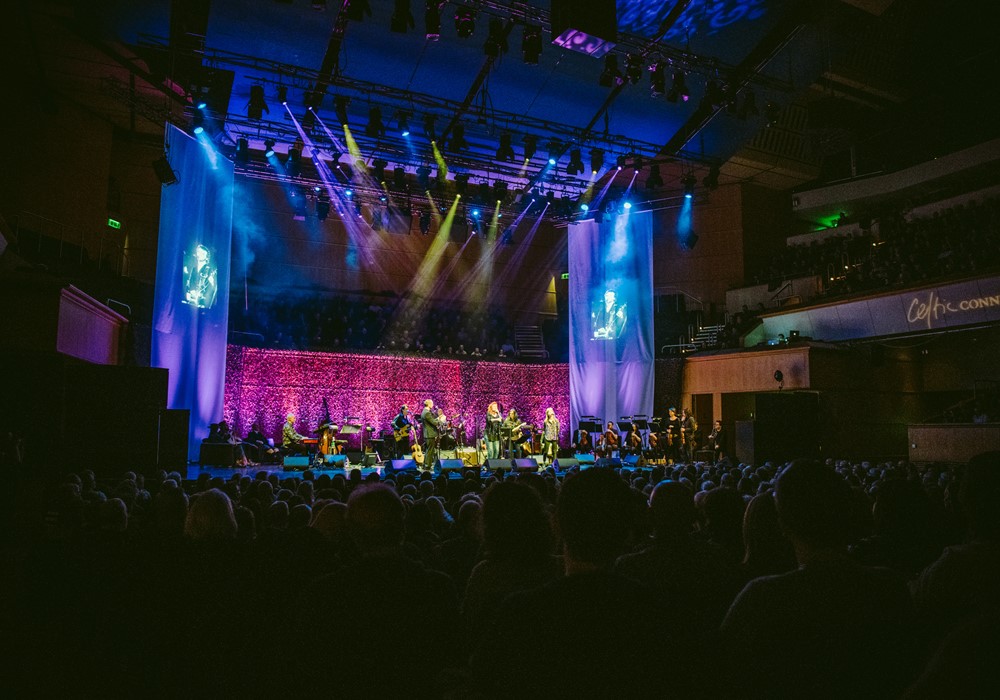 St Dwynwen’s Day (or ‘Dydd Santes Dwynwen’ in Welsh) is the Welsh version of St Valentine’s Day. Celebrated on 25 January each year, cards and gifts are exchanged and couples enjoy a romantic cwtch (cuddle).

St Dwynwen was a fourth-century Welsh princess who lived in what is now the Brecon Beacons National Park. She was unlucky in love so she became a nun and set up a convent on Llanddwyn Island, a beautiful little spot on Anglesey. Her name means ‘she who leads a blessed life’. She prayed for true lovers to have better luck than she did.