You are here: Home / Archives for British History / Anglo-Saxon 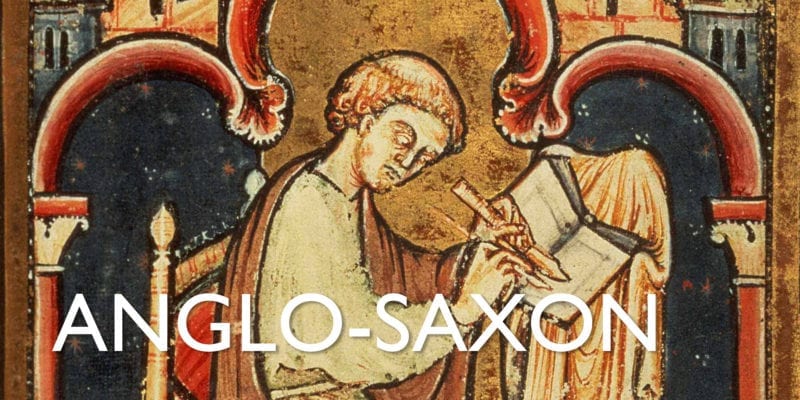 The Anglo-Saxons spent just over half a millennium as the dominant power in England from the end of the Roman occupation in the 5th Century until the Normans invaded in 1066.  During this time, the two groups that were the Angles and the Saxons came together, formed the first kingdoms on Great Britain, and battled the Vikings for control.  It was a formative time for England … END_OF_DOCUMENT_TOKEN_TO_BE_REPLACED

There’s no question that the Battle of Hastings was the most important conflict in British history.  Fought between the Anglo-Saxons (led by Harold of Wessex) and the Normans (headed by William of Normandy), the Norman victory led to William becoming king and instituting feudalism, fundamentally altering British society and the country’s destiny.  As fundamental as … END_OF_DOCUMENT_TOKEN_TO_BE_REPLACED

By Joël Lacey It’s just before eight on a balmy Wednesday evening in August. Within an ancient Dorset riverside pub/restaurant, at a table whose centerpiece is a vase with a single red rose in it, a couple sits looking at one another. They have eyes and ears for nothing and no-one but each other… which is just as well, because milling all around them are adults dressed as … END_OF_DOCUMENT_TOKEN_TO_BE_REPLACED

Transacting business is something that goes back centuries, if not millennia, to the first time humans began to trade with one other.  In Britain, the oldest businesses stretch back to before the Norman Conquest and represent some of the island’s oldest professions.  While some are still owned by the original families that formed them, others have made the transition to … END_OF_DOCUMENT_TOKEN_TO_BE_REPLACED

Every country has its own unique symbols.  They can be places, things, and even people that represent the country.  Patron saints are in many ways an extension of this symbolism, each an important figure not only for Christianity but specifically for the country which he patronizes, his history and lore tied to the land and its culture.  The countries of the British Isles each … END_OF_DOCUMENT_TOKEN_TO_BE_REPLACED

Coming from Denmark, Norway, and Sweden, Vikings struck repeatedly along the coasts of Great Britain and Ireland from around 800 AD until finally defeated in 1066 AD.  Often the sight of their longboats coming over the horizon inspired terror in the villages along the coast.  Throughout their history with Britain, the Vikings raided villages, held territory, and even sat on the … END_OF_DOCUMENT_TOKEN_TO_BE_REPLACED

Editor’s Note: This long article originally appeared in Issue #6 of the Anglotopia Print Magazine in Spring 2017. You can support great long-form writing about British History, Culture and Travel by subscribing to the Anglotopia Print Magazine, a quarterly love letter to Britain. Subscribing makes articles like this possible and ensures the future of Anglotopia. You can … END_OF_DOCUMENT_TOKEN_TO_BE_REPLACED

Editor's Note: This article originally appeared in Issue #5 of the Anglotopia Magazine in Spring 2017. Support great long-form writing about British History, Culture and Travel by subscribing to the Anglotopia Print Magazine. On the year of his death in 899 Alfred the Great was known only as Alfred, King of Wessex. During the first year of his reign alone, King Alfred fought … END_OF_DOCUMENT_TOKEN_TO_BE_REPLACED

There was a time when sails over the eastern horizon was a herald of death and destruction.  Sailing from Scandinavia, Viking raiders plagued the United Kingdom for over 200 years before finally being driven off for good in 1066.  Throughout this time, the Vikings not only raided villages along the coast, including undefended monasteries but also established several … END_OF_DOCUMENT_TOKEN_TO_BE_REPLACED

Human conflict has long devolved into two armies meeting out in a field to determine who’s boss.  The United Kingdom has seen its share of conflicts, from battles against invading forces to wars between groups within the country.  From the raiding Vikings to the English Civil War, plenty of battlefields can be found all over the UK, and we at Anglotopia are here to tell you our … END_OF_DOCUMENT_TOKEN_TO_BE_REPLACED

Archaeology isn’t just about outrunning giant boulders, avoiding having your heart ripped out, and choosing the right grail.  It’s really about discovering ourselves by looking into the past and figuring out how previous generations lived.  Ever since the British Islands were linked by a land bridge to the European continent, human beings have lived here.  Each era of British … END_OF_DOCUMENT_TOKEN_TO_BE_REPLACED

Editor's Note: This article is the first in a new series of ongoing articles about major events in British History. Each article will be a long read about the event, its key players, background and its ramifications in British History. These articles are meant to be sketches of the events and their aftermath - it would not be possible to write a comprehensive history for each … END_OF_DOCUMENT_TOKEN_TO_BE_REPLACED

The massive Anglo-Saxon gold find that made headlines last month is now on display at the British Museum from yesterday. They are expecting it to be very popular. Very tempted - since we'll be there in two weeks - to pop in a have a look. I hope we can make the time. I should add that on top of the British Museum being one of the best museums on the world with … END_OF_DOCUMENT_TOKEN_TO_BE_REPLACED

Top 10 Britain: Top Ten Things to See and Do in Dundee, Scotland

Brit History: Ten of the Most Important Events In British History During the 1910s