You are here: Home / Archives for British History / Colonial America 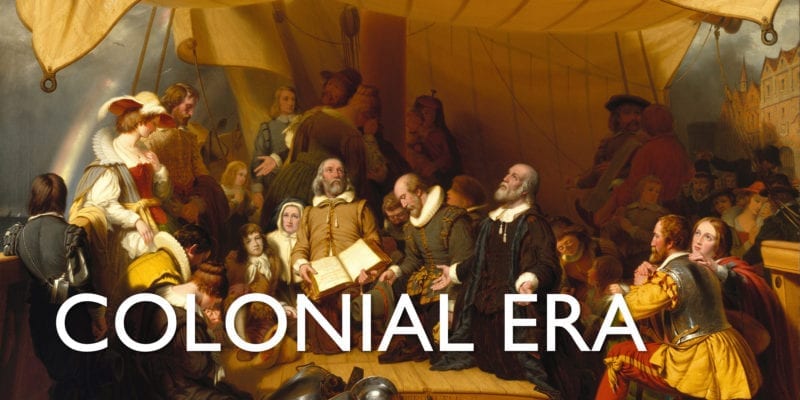 Editor’s Note: This article originally appeared in Issue #11 of the Anglotopia Print Magazine in 2018. Support great long-form writing about British History, Culture, and travel by subscribing to the Anglotopia Magazine. Every subscription helps keep Anglotopia running and provides us to the opportunity to produce articles like this. You can subscribe here. On the 6th of … END_OF_DOCUMENT_TOKEN_TO_BE_REPLACED

In the United States, our history courses teach us that the American Revolution began after Parliament and King George III instituted a series of taxes for which the American colonies had no say.  Faced with a Crown and government making decisions with no consideration for their impact on their subjects an ocean away, a group of freedom fighters rose up to beat the might of the … END_OF_DOCUMENT_TOKEN_TO_BE_REPLACED

In early June of 1623, the pilgrim settlers of the Plymouth colony in Cape Cod are hard at work. With another difficult winter behind them, the members of this small, beleaguered community are looking forward to the hot summer months. But warmer weather does not necessarily bring respite from the hard work of sustaining a fledgling colony in the New World. Spring and summer … END_OF_DOCUMENT_TOKEN_TO_BE_REPLACED

In addition to the Native Americans who were here well before anyone from Europe, it’s undeniable that the United States of America has its roots in the United Kingdom.  Some of our greatest institutions have their origins in men and women from England, Scotland, Ireland, and Wales.  Some of these individuals never set foot on this continent, but they nonetheless helped to … END_OF_DOCUMENT_TOKEN_TO_BE_REPLACED

Duke of Edinburgh: Official Funeral Details Revealed – It Will Be Saturday April 17th in Windsor – 8 Days of National Mourning

Prince Philip: A Life in Pictures

Death of the Duke of Edinburgh – What happens now? Funeral Details Revealed

Duke of Edinburgh: Palace Urges Public not to leave flowers for Philip and donate to charity instead, online book of condolence opened

Places to Visit in Britain for Jane Austen Fans

Getting Britain Ready for Post-Covid Travel to the United Kingdom