You are here: Home / Archives for British History / Elizabethan Era 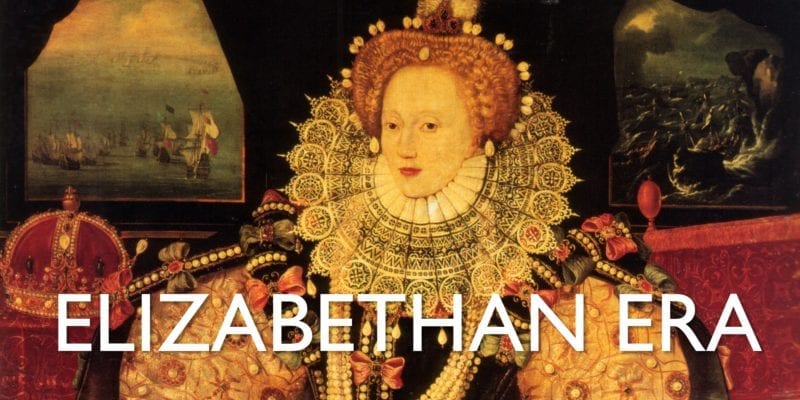 Hardwick Hall is unique among National Trust properties. Most are monuments to the men of British history (the good ones and the bad ones). Hardwick Hall is a monument to a woman and a very formidable woman at that. Elizabeth Shrewsbury, colloquially known as Bess of Hardwick, wielded power in an age when women did not have that much. Sure, England was ruled by a woman, but … END_OF_DOCUMENT_TOKEN_TO_BE_REPLACED

Mary Stuart had a life of highs and lows, from ascending to the throne as Queen of Scotland to finding herself on the gallows accused of treason.  Mary was born as her father lay dying, and after his death, she ruled through regents until she came of age.  She was married off to Prince Francis of France (later King Francis II) and returned to Scotland to rule after his death in … END_OF_DOCUMENT_TOKEN_TO_BE_REPLACED

Editor’s Note: This article originally appeared in Issue #11 of the Anglotopia Print Magazine in 2018. Support great long-form writing about British History, Culture, and travel by subscribing to the Anglotopia Magazine. Every subscription helps keep Anglotopia running and provides us to the opportunity to produce articles like this. You can subscribe here. On the 6th of … END_OF_DOCUMENT_TOKEN_TO_BE_REPLACED

This edition of Through the LIbrary continues our journey through the photographic works of S.W. Colyer, a photographer who captured some of Britain's most iconic places in the 1930s and 40s. Shakespeare's Country focused on Stratford Upon Avon and the surrounding areas, where William Shakespeare spent most of his life (with several stints in London). The book was published … END_OF_DOCUMENT_TOKEN_TO_BE_REPLACED

“The sun never sets on the British Empire” goes the old saying.  At one point, the UK’s empire was the largest formal empire on the globe, with colonies on each continent that gave birth to some of the world’s most powerful nations.  Today, many of these countries are independent and part of the Commonwealth of Nations.  But how did everything start?  What was it that drove … END_OF_DOCUMENT_TOKEN_TO_BE_REPLACED

The subject of intense speculation, because so few hard facts are known about him, Christopher Marlowe is credited with developing the blank verse form for theatre, which was then used by William Shakespeare. The son of a Canterbury cobble, Marlowe went to Cambridge on a scholarship and was probably recruited as a secret service agent by the government of Queen Elizabeth. He … END_OF_DOCUMENT_TOKEN_TO_BE_REPLACED

The lark, herald of the morning, rouses William Shakespeare to wakefulness in the bedchamber of his grand home in Stratford-upon-Avon. As the sun rises, so does England’s most famous bard, eager to exploit the daylight hours and begin work. Early morning is the best time for writing, free from the distractions of home, family, and business, and on this bright and breezy spring … END_OF_DOCUMENT_TOKEN_TO_BE_REPLACED

Wow, we're going to be spoiled for choice for British period Royal dramas over the next few months. The first trailer has been released for Mary Queen of Scots. Saoirse Roan stars as Mary and Margot Robbie stars as Elizabeth I. Both look like they will excel in these roles. The story will cover their complicated and fascinating relationship. Check out the … END_OF_DOCUMENT_TOKEN_TO_BE_REPLACED

Servants move silently through the darkened bedchambers of Queen Elizabeth I, completing their morning tasks with the reverence due to a great monarch. The fire is lit, warming the cold rooms in the Palace of Whitehall; water is heated, ready for the queen to bathe, and her clothes are laid out. As the queen wakes, her attendants hurry to her side, dressing her in a simple gown … END_OF_DOCUMENT_TOKEN_TO_BE_REPLACED

In one of the most important moments in British history, everything changed with King Richard III’s defeat by Henry Tudor at the Battle of Bosworth Field in 1485.  Henry was subsequently crowned King Henry VII and went about consolidating his power through his marriage to Elizabeth of York, combining the two warring houses into one Tudor Dynasty.  With this action, Henry would … END_OF_DOCUMENT_TOKEN_TO_BE_REPLACED

It’s a bit of an understatement to say that William Shakespeare was one of the most influential writers of Western Civilization.  He’s credited with introducing more than 1,700 words to the English language, written 154 sonnets, and crafted 37 plays that have stood the test of time and become a part of the world’s culture.  Needless to say, with that kind of impact, Shakespeare … END_OF_DOCUMENT_TOKEN_TO_BE_REPLACED

William Shakespeare is thought of as one of the most romantic writers in history.  From his plays to his sonnets, his works are held up as iconic.  Plays such as Romeo & Juliet, Much Ado About Nothing, Antony & Cleopatra, and The Taming of the Shrew helped craft the idea of romantic love at a time when marriage was still a practical endeavor, and the lines “Shall I … END_OF_DOCUMENT_TOKEN_TO_BE_REPLACED

Editor's Note: This article originally appeared in the Anglotopia Print Magazine in 2016. Support great writing about British History and Culture by subscribing to the Anglotopia Magazine. During Henry VIII’s reign, England started on a journey of religious change.  The old faith, Roman Catholicism, was pushed aside in favour of a new Protestant Church of England.  It was … END_OF_DOCUMENT_TOKEN_TO_BE_REPLACED

Sir Walter Raleigh is as close to the definition of a Renaissance Man as Britain offered.  While Raleigh is best known as an explorer, he was also a soldier, a politician, writer, spy, poet, courtier, and landed gentry.  Not much is known about his life between his birth in Devon in 1552 and his time as a soldier fighting in the French religious civil wars and suppressing … END_OF_DOCUMENT_TOKEN_TO_BE_REPLACED

Sir Francis Drake is one of England’s best-known sailors.  He stole from the Spanish for Queen Elizabeth I, was the first person to complete a circumnavigation of the globe while remaining Captain from beginning to end, and even spent time as a politician.  Loved by the English people (and possibly even the Queen herself), Drake has gone down in history for his exploits.  Such … END_OF_DOCUMENT_TOKEN_TO_BE_REPLACED

Editor’s Note: This article originally appeared in the first issue of the Anglotopia magazine in February. Subscribe today to receive the next issue of our magazine and read about British History, Culture and Travel all in one place. We’re now taking pre-orders for Issue #3 due out in August. In the latter half of the 16th century, Spain dominated Europe and the world. … END_OF_DOCUMENT_TOKEN_TO_BE_REPLACED

At the time Wollaton Hall was built, it was an architectural sensation. A decadent Elizabethan palace that showed stark Tudor England how to embrace the excesses of the Renaissance, Wollaton boasts the most dramatic facade of any English house built in the 16th century. Owned by the Willoughby family for 345 years, Wollaton Hall is now a Natural History Museum and is known for … END_OF_DOCUMENT_TOKEN_TO_BE_REPLACED

The fifth and final monarch of the highly influential, although relatively short-lived, rule of the Tudor dynasty, Elizabeth I, was the second daughter of Henry VIII. Elizabeth’s relationship with her family was tense to say the least. Her mother was executed by her father before she was three years old, she was proclaimed a bastard, rejected by her half-brother, imprisoned by … END_OF_DOCUMENT_TOKEN_TO_BE_REPLACED

Editor's Note: This long article was excerpted from Beauty and Cosmetics, a new title from Shire Books. The Rainbow Portrait of Elizabeth I (Frederigo Zucchero, c. 1570). Elizabeth was dedicated to creating an iconic image of herself, advertising her beauty. She was immortalized in The Faerie Queen by Edmund Spenser (1590 and 1596): ‘A Mayden Queen … END_OF_DOCUMENT_TOKEN_TO_BE_REPLACED

Elizabeth Talbot, Countess of Shrewsbury, popularly known as Bess of Hardwick, was a notable figure of 16th century Elizabethan English society. By a series of well-made marriages, she rose to the highest levels of English nobility and became enormously wealthy. Key Facts about Bess of Hardwick Born 1527, died 1608 Became one of the richest women in England Left a … END_OF_DOCUMENT_TOKEN_TO_BE_REPLACED

The world is a smaller place today than it ever has been, in part thanks to the explorers who trekked over land and sea to increase our knowledge of it. There is a certain indomitable attitude particularly attributed to British explorers, that “stiff upper lip” quality that can bear the harshest conditions in order to achieve greatness. It was this attitude that helped Britain … END_OF_DOCUMENT_TOKEN_TO_BE_REPLACED

George Gower (c.1540–1596) was an English portrait painter who became Serjeant Painter to Queen Elizabeth I in 1581. The Armada Portrait of Elizabeth I of England is the name of any of three surviving versions of an allegorical panel painting depicting the Tudor queen surrounded by symbols of imperial majesty against a backdrop representing the defeat of the Spanish Armada in … END_OF_DOCUMENT_TOKEN_TO_BE_REPLACED

There are many grand and architecturally significant houses in England. However, there is one in particular that stands out from the rest. Hardwick Hall, which is located in Derbyshire, is the former home of Elizabeth Shrewsbury, also known as Bess of Hardwick. It was built between 1590 and 1597 and designed by architect Robert Smythson. Key Facts about Hardwick … END_OF_DOCUMENT_TOKEN_TO_BE_REPLACED

A Brit Back Home: Briticism versus Britishism. Who knew?

Duke of Edinburgh: Official Funeral Details Revealed – It Will Be Saturday April 17th in Windsor – 8 Days of National Mourning

Prince Philip: A Life in Pictures

Death of the Duke of Edinburgh – What happens now? Funeral Details Revealed

Duke of Edinburgh: Palace Urges Public not to leave flowers for Philip and donate to charity instead, online book of condolence opened

Places to Visit in Britain for Jane Austen Fans