You are here: Home / Archives for British History / Plantagenet Era 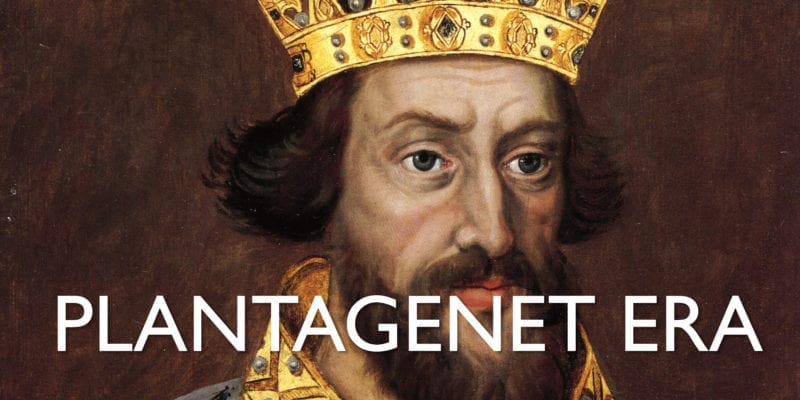 One of Britain’s greatest unsolved mysteries is that of the deaths of King Edward V and his brother Richard, Duke of York.  Richard, Duke of Gloucester (and future King Richard III) housed his young wards in the Tower of London for their protection prior to Edward’s coronation.  However, before that could happen, Edward was declared illegitimate and Richard was crowned in his … END_OF_DOCUMENT_TOKEN_TO_BE_REPLACED

Not content with just Scottish Kings, Netflix has also produced a lush period drama adapted from several of Shakespeare's plays. Netflix, which will be releasing the film directly to its service, released a trailer today. Inspired by elements of Shakespeare’s Henry IV and Henry V, The King is about a young, disgraced prince, named Hal inherits the crown and must learn what it … END_OF_DOCUMENT_TOKEN_TO_BE_REPLACED

Until King Henry VIII officially broke with the Catholic Church to start the Anglican Church, there had long been a struggle between the Crown and the Church over whose authority was superior.  While the two institutions had often been able to live with one another, the greatest conflict between the two prior to the Tudor era was the murder of Archbishop Thomas a Beckett.  On … END_OF_DOCUMENT_TOKEN_TO_BE_REPLACED

At Bosworth Field, the War of the Roses came to a final and bloody end.  King Richard III, representing the Yorks, met with Henry Tudor, representing the Lancasters, in a battle that ended thirty-two years of conflict that split England down the middle.  It also gave birth to one of the monarchy’s most-influential houses as the Tudors would oversee England own’s participation … END_OF_DOCUMENT_TOKEN_TO_BE_REPLACED

“Now the time is come… in which ye may cast off the yoke of bondage, and recover liberty”. So spoke John Ball, the English radical preacher, and leader of the so-named Peasants’ Revolt, in a rousing sermon at Blackheath on the 12th of June 1391. Ball spoke passionately to the crowd that had assembled on the heath, urging them to cast off the yoke of servitude and to claim … END_OF_DOCUMENT_TOKEN_TO_BE_REPLACED

King Richard III is a figure of some controversy and arguably one of the foremost symbols of the adage that “history is written by the victors.”  A lot of what we know of Ricard comes from popular culture, which is largely defined by William Shakespeare’s play named after the Plantagenet king.  The Tragedy of King Richard III presents Richard as a bloodthirsty opportunist, a … END_OF_DOCUMENT_TOKEN_TO_BE_REPLACED

The reign of Richard the Lionheart was dominated by the Third Crusade, his ill-fated and costly siege of Jerusalem. Richard supported his father, King Henry II, in battle from a young age and became Duke of various French territories in his twenties. Despite spending as little as six months of his reign resident in England, Richard I is said to have been adored by his English … END_OF_DOCUMENT_TOKEN_TO_BE_REPLACED

Richard III is now as talked about in the 21st century as he was in the 15th. In 2012, a skeleton was found buried under a council car park in the town of Greyfriars in Leicester, England. Following a series of state of the art tests involving advanced carbon dating and DNA-matching, experts were able to confirm the skeleton was that of Richard III. The last King of England … END_OF_DOCUMENT_TOKEN_TO_BE_REPLACED

Editor's Note: As many of you know, Richard III was reburied last week to great pomp and circumstance in Leicester. Regular Anglotopia contributor Buffy Martin Tarbox was able to get tickets and attended. Here's here report! Thanks Buffy! Five hundred and thirty years after his death at the Battle of Bosworth, King Richard III was laid to rest at Leicester Cathedral with all … END_OF_DOCUMENT_TOKEN_TO_BE_REPLACED

The site of Warwick Castle has a history that stretches way back to the year 914 when an Anglo-Saxon Burh was established by Ethelfleda, daughter of Alfred the Great. Throughout the next 1200 years, this plot of land and the buildings erected upon it have played an integral part in many major happenings of English History. Some castles in the UK are still the residences of the … END_OF_DOCUMENT_TOKEN_TO_BE_REPLACED

Editor’s Note: This article is the second in a new series of ongoing articles about major events in British History. Each article will be a long read about the event, its key players, background and its ramifications in British History. These articles are meant to be sketches of the events and their aftermath – it would not be possible to write a comprehensive history for each … END_OF_DOCUMENT_TOKEN_TO_BE_REPLACED

For anyone who still remembers their English History lessons, Berkeley Castle is a place of horror; a medieval gothic castle famed for being the setting of the grisly murder of Edward II and home to many a ghost with unfinished business. Remarkably, Berkeley Castle has belonged to the same family since its first incarnation in the 11th century and is today, not haunted or … END_OF_DOCUMENT_TOKEN_TO_BE_REPLACED

In September 2012 human remains were found by a team of archaeologists underneath a Leicester car park. On a quest of a lifetime the discovery of the bones may have found the answer to a 500-year-old mystery. Had they found King Richard III? The program Richard III: The King in the Car Park set to air on February 4th charts the secretive path that researchers … END_OF_DOCUMENT_TOKEN_TO_BE_REPLACED

527 years after his death in Bosworth Field, Richard III is again in the news. This time with the possible discovery of his grave. Under a parking lot in Leicester. Late last month, the University of Leicester, along with the Leicester City Council and the Richard III Society, announced a search for the final resting place of the last Plantagenet monarch. The … END_OF_DOCUMENT_TOKEN_TO_BE_REPLACED

Robbie Williams’ “Better Man,” a biopic with a simian twist?

Brit History: Most Important Events in British History of the 1930s