You are here: Home / Archives for Royals / Royal Mint 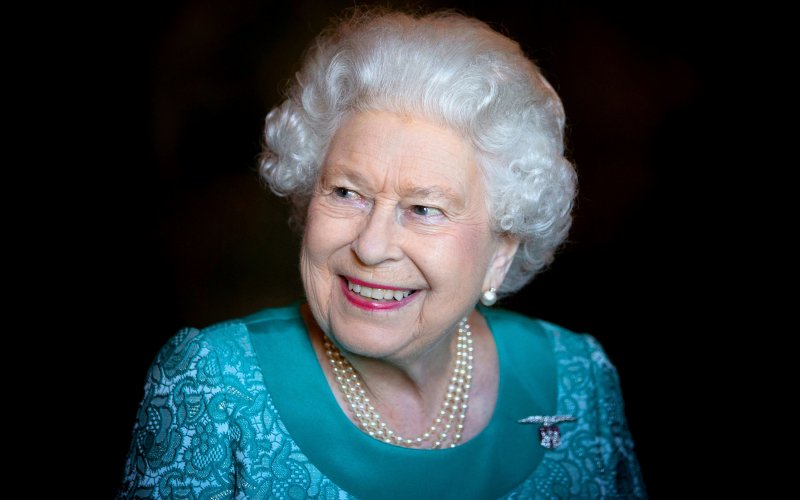 There's been a lot of interest in the Sex Pistols lately. It could be because of the Queen's Platinum Jubilee, especially since a big part of their original run involved their coming out with "God Save the Queen" during the Queen's Silver Jubilee. And I think the rest of it's because Danny Boyle recently released Pistol, a miniseries about the band's career (specifically Steve … END_OF_DOCUMENT_TOKEN_TO_BE_REPLACED 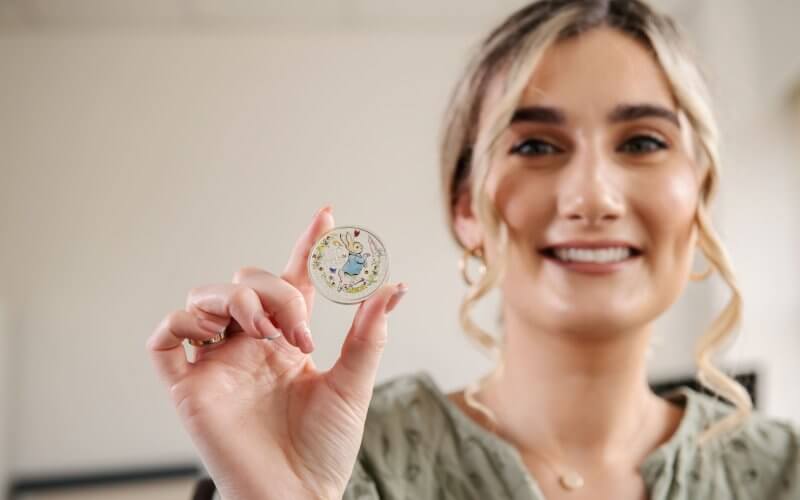 Beatrix Potter’s Peter Rabbit will feature on a colored £5 coin released by the Royal Mint to mark 120 years since the children’s favorite first hit the shelves. The fluffy-tailed mischief-maker is depicted in his trademark blue coat hopping through a wildflower meadow on the commemorative piece launching on Monday. Ffion Gwillim, who designed the coin, said she used the … END_OF_DOCUMENT_TOKEN_TO_BE_REPLACED 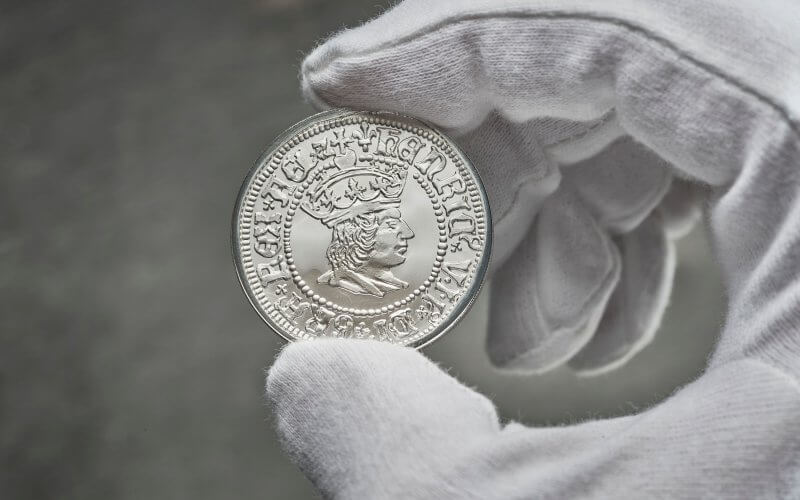 A new collection of coins remastering the portraits of historic monarchs from the past 500 years are to be released, the Royal Mint has said. The coins, bearing the faces of Kings and Queens stretching from the Tudors to the Windsors, will recreate iconic designs in high definition for the first time, using to the latest technology and minting techniques. Henry VII is the … END_OF_DOCUMENT_TOKEN_TO_BE_REPLACED 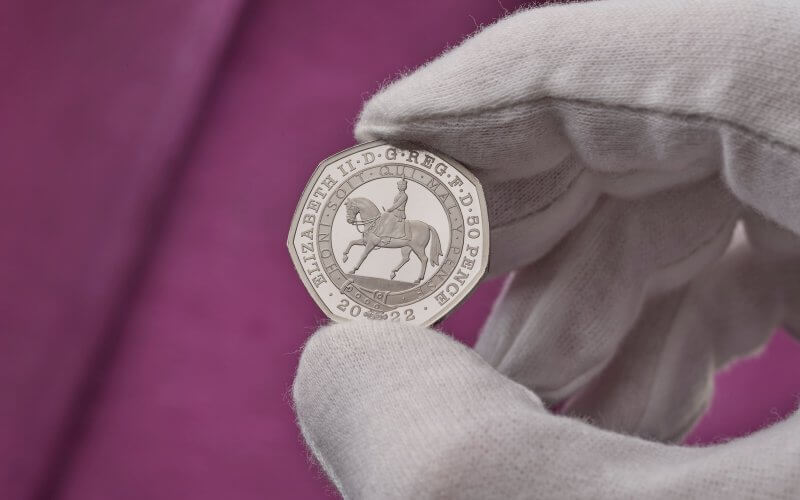 A commemorative coin showing the Queen on horseback has been unveiled by the Royal Mint ahead of Her Majesty’s Platinum Jubilee. The coin is the first collectible UK 50p to celebrate a royal event and was designed by artist John Bergdahl. Marking 70 years on the throne, the coin depicting the Queen on horseback will be struck on the ‘heads’ side of a new 50p and traditional … END_OF_DOCUMENT_TOKEN_TO_BE_REPLACED 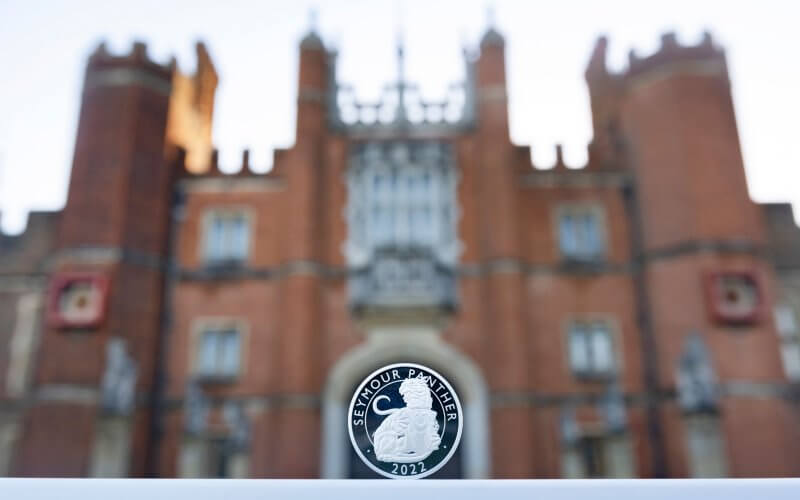 King Henry VIII’s heraldic beasts have inspired a new range of coins from the Royal Mint, with the first unveiled at the monarch’s former palace. Hampton Court Palace – where carvings of the beasts still welcome visitors – was the setting for the launch of the £5 Seymour Panther coin, which features an image of the Queen on one side and the animal on the … END_OF_DOCUMENT_TOKEN_TO_BE_REPLACED 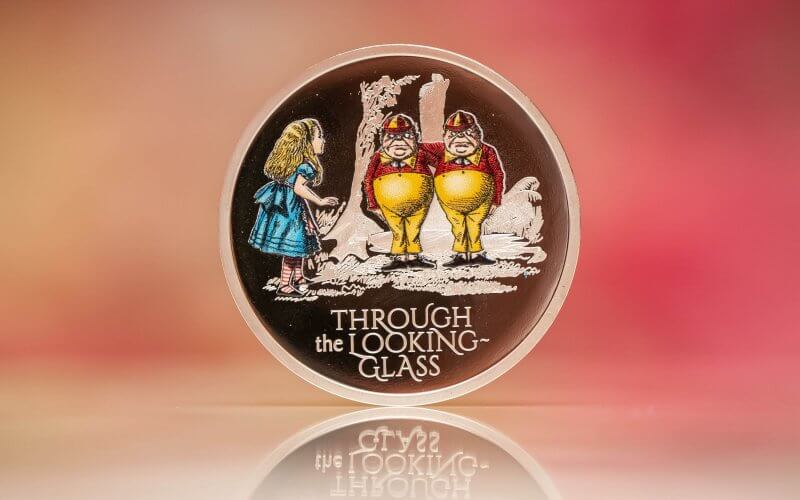 A new coin commemorating 150 years since Lewis Carroll’s Through the Looking-Glass has been launched by The Royal Mint. The £5 crown is based on Sir John Tenniel’s original illustrations of the book, which was the sequel of Alice’s Adventures in Wonderland. It shows the moment protagonist Alice runs into mischievous characters Tweedledum and Tweedledee. It depicts … END_OF_DOCUMENT_TOKEN_TO_BE_REPLACED 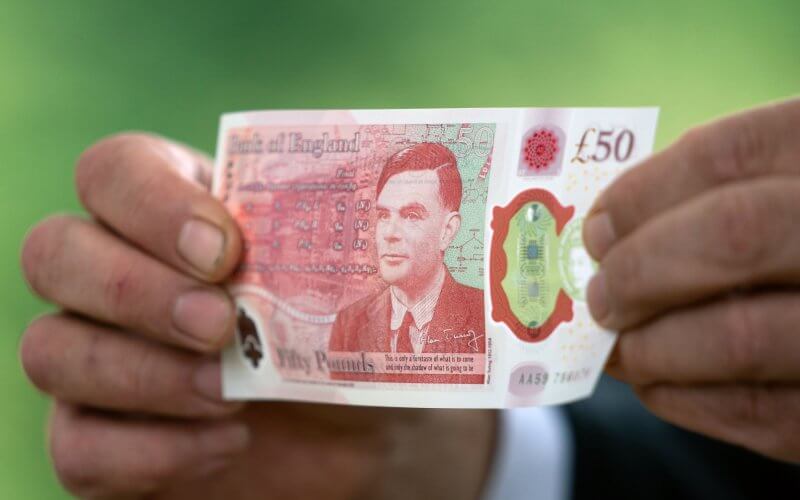 The Alan Turing £50 banknote has started to enter circulation, coinciding with the Bletchley Park codebreaker’s birthday. The new polymer Bank of England note will become available in bank branches and at ATMs in the coming days and weeks. Celebrating Mr. Turing’s life, the Bank of England was also flying the Progress Pride flag above its building in London’s Threadneedle … END_OF_DOCUMENT_TOKEN_TO_BE_REPLACED 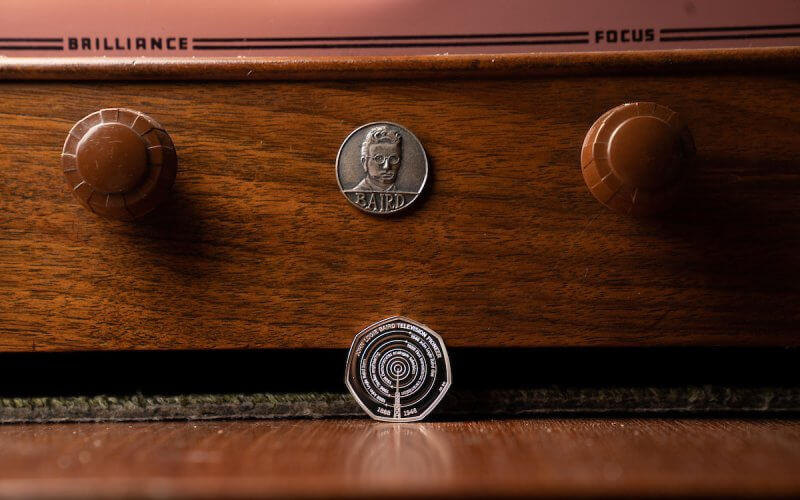 John Logie Baird, the inventor of the first working television, will be celebrated with a new 50p coin, said the Royal Mint. The life and work of the Scottish engineering pioneer will be honored by the commemorative piece as part of the national coin maker’s tribute to innovation in science. It was designed to mark the 75th anniversary of the death of the “Father of … END_OF_DOCUMENT_TOKEN_TO_BE_REPLACED