You are here: Home / Doctor Who / Doctor Who: Coolest. Dad. Ever. Makes Lifesize TARDIS for 5 Year Old Son 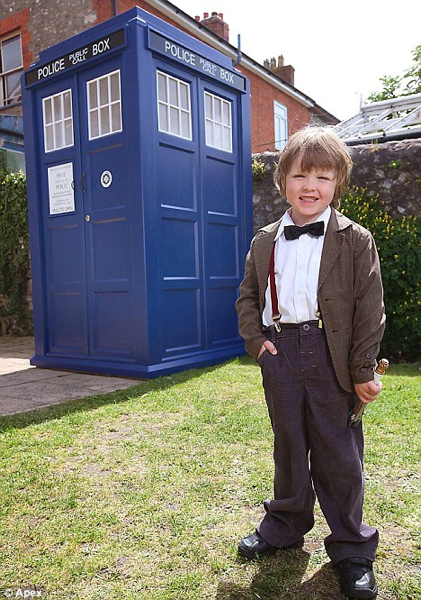 I can’t imagine a cooler birthday present than getting your own lifesize TARDIS. How will his dad top this gift next year?

From the Daily Mail:

A starstuck little boy was stunned after waking up on his birthday to find his very own full sized Tardis in his back garden in Somerset.

Zachary Smith, 5, has become the envy of all his friends after becoming the proud owner of his own type 40 time machine.

And the big fan of Doctor Who even has his own authentic Doctor costume just like his hero Matt Smith’s.

Zachary’s Tardis is the work of his father Lee, 41,from Chard, Somerset, who took two weeks to make it working with the help of Zachary’s grandfather.

Mr Smith, who works for Air Control Industries in Axminster, made the full scale Tardis from readily available materials as a fifth birthday present for Zachary. Zachary is a massive fan of Doctor Who, as is his brother, Ethan, 12. 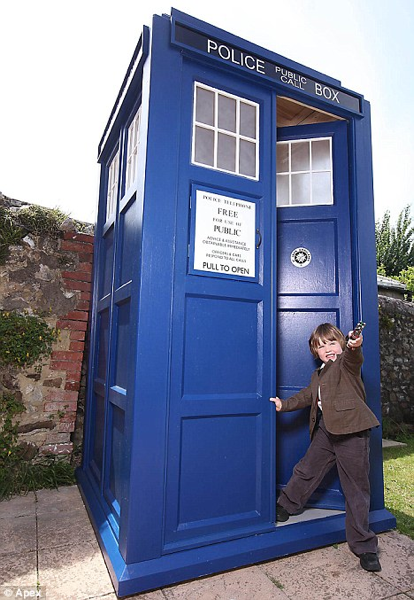 If you’d like to have a go at building your own TARDIS – we have TARDIS construction plans here.