You are here: Home / Doctor Who / Doctor Whooligan: Much Ado About Nothing, Torchwood News, DVD Updates, The Rebel Flesh & Five Companions Reunite

With the current season of Doctor Who well underway a lot of attention is shifting to Torchwood and how the series will play out with an American audience.

It looks promising, but the tough part is that Children of Earth was so compelling that it seems like a daunting challenge to try and top it. It should be interesting to see how Jack returns to Earth and how they bring Rhys deeper into the storylines.

With production wrapped there is more and more information coming to light about what to expect from Team Torchwood this season. One thing is certain, this is a make or break exercise for the franchise.

According to Tweets from the cast and crew the wrap party sounds like it was off the hook.

Again, old actors do not die, they go to Torchwood!  Nina Visitor and Mare Winnigham have been announced as guest stars for Torchwood: Miracle Day.

Press and VIP screenings of episode will  occur in June.

Torchwood: Web of Lies is an internet only Torchwood story set to accompany Miracle Day. There’s a rumor that Eliza Dushku has been cast for the web series. 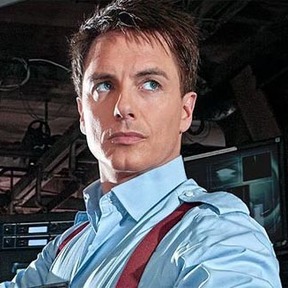 On July 5th  John Barrowman will receive an award and be honored bythe Royal Scottish Academy of Music and Drama in Glasgow. 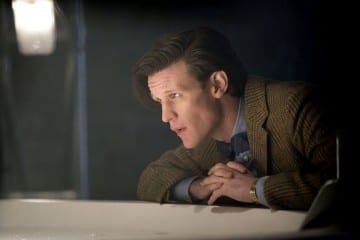 Next up this season is The Rebel Flesh which airs this week.

It’s all about the clones and making flesh into ‘people’ to replace workers ho could be harmed otherwise.

The Gangers are used to mine a deadly acid in the 22nd century.

If Gangers die, they get another Ganger to replace them.

The Rebel Flesh is a pretty big morality based story

Ganger’s are useful for the workforce since they do not feel intense pain.

The Doctor might have a clone of himself wandering around.

When a nasty solar storm strikes the Gangers work facility, the Gangers get new properties and powers which help lead to a cliffhanger ending.

There was a spike in viewers this past week according to overnight ratings. The episode was seen by 5.9 million viewers, placing it in the Top 20 programs for the week and in the top 5 programs overall for viewers aired on that day. 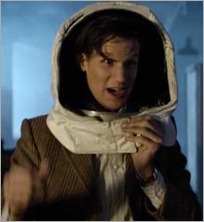 According to Kantar Media, a company that measures the success of TV programs, The Impossible Astronaut was the most recorded UK television event ever. According to their statistics, about 4.11 people in the  UK viewing audience  recorded the program.

BEXTOR LOBBIES FOR DOCTOR WHO ROLE

Through her Twitter page, UK pop songstress Sophie Ellis Bextor has made it known that she wants to appear in an episode of Doctor Who. Via her tweet, Bextor said, ” Ambition thought of the day: I would love to play an alien on Dr Who. No prosthetics required!”

The BBC Press Office has release an episode summary for the last episode of the first block of Season Six stories, A Good Man Goes to War.

Amy Pond has been kidnapped and the Doctor is raising an army to rescue her. But as he and Rory race across galaxies, calling in long-held debts and solemnly given promises, his enemies are laying a carefully concealed trap. In her cell in Stormcage, River Song sadly acknowledges that the time has come at last, today will mark the Battle of Demons Run and the Doctor’s darkest hour. Both sides will make their sacrifices and River Song must finally reveal her most closely guarded secret to the Doctor.

The episode features headless monks, the return of River Song and The Cybermen!

It is interesting to note that it looks like Rory is in the Roman outfit again. 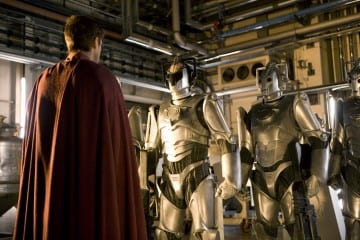 Peter Davison is back in the TARDIS for Cobwebs, a 2010 Big Finish audio that is  now being played as a radio drama on BBC Radio 4 Extra. Mark Strickson, Janet Fielding and Sarah Sutton co-star. 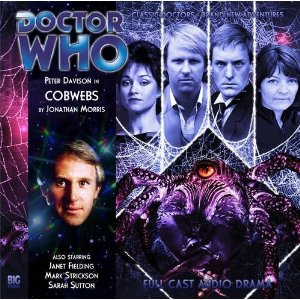 Big Finish Audio is releasing a special audio adventure featuring five of the doctor’s companions in one story.

The returning companions are Nyssa, Ian Chesterton, Steven Taylor,  Sara Kingdom and Anneke Wills. They will be battling Sontarans and Daleks alongside Peter Davison as the Fifth Doctor.

The audio will be free for active subscribers to the BF main Doctor Who range. Future subscribers will have the option of picking it up as a free extra when they sign up. The Five Companions will be released in December.

THE AWAKENING ON DVD

This overlooked 2 parter is part of the Earth Story Box set being released in the UK (each DVD is coming out separately here in the US in July).

The episode reeks of 1984 but is still enjoyable after all this time. 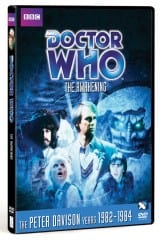 The DVD features episode commentaries from Michael Owen and script editor Eric Saward, and Toby Hadoke. It is unfortunate that none of the main cast is involved in the commentary.

Amongst other extras,  the DVD also features extended and deleted scenes.

THE GUNFIGHTERS ON DVD 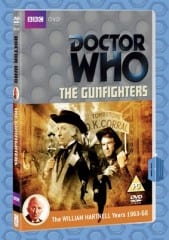 Despite having the distinction of being named the worst episode of classic Doctor Who in several polls, The Gunfighters is coming to DVD.

This First Doctor story was quite different then previous episodes in that it had a singer accompanying the story as it progressed.

BBC and 2 Entertain have announced the DVd’s special bonus features.

A new documentary, The End of the Line will examine the rise of Doctor Who into a pop culture phenomenon.

Changes in producer and script editor and the looming prospect of William Hartnell’s departure meant that the third year of Doctor Who was the one that would make or break it as a series. The documentary features actors Maureen O’Brien, Anneke Wills and Peter Purves, script editor Donald Tosh, new series writer Gareth Roberts and long time obsessive fan, Ian Levine.

Tomorrow’s Times: The First Doctor . This documentary examines  the newspaper coverage of Doctor Who during the show’s first years.

The DVD will also include a photo gallery,  production, design and publicity photos from the story, set to the entirety of ‘The Ballad of the Last Chance Saloon’.

I for one find The Gunfighters to be kind of charming. I remember that when my local PBS station first aired it I was caught off guard by how different it was for the show. I also noticed the very hammy acting and bad American accents. But it was still kind of a gaudy tribute to the Western.

An online petition is underway to encourage the BBC to regularly screen episodes of the classic series on a regular basis. For more information visit the link below.

Louise Jameson is starring in Love’s the Thing this month at the Brighton Festival Fringe. She also is directing two plays for the festival

She recently recorded an audio adventure for Big Finish with Tom Baker. In that story she fights the Daleks wit the Fourth Doctor. 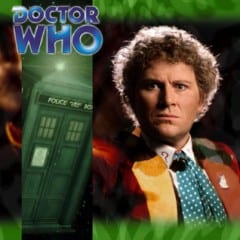 Colin Baker and Nicola Bryant will be back in the TARDIS in 2012 as part of the Big Finish ‘Lost Stories’ series. The Sixth Doctor & Peri will battle Sontarans, Melkurs and be reunited with Victoria Waterfield. 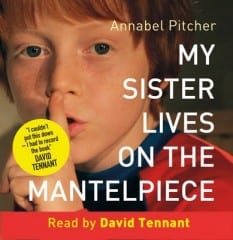 Tennant reads the audio book for My Sister Lives On the Mantelpiece. (picture courtesy of David-Tennant.com)

Tennant’s film, The Decoy Bride, was screened at Cannes last week. The film was sold to studios in Brazil Italy and Australia. Alice Eve and Kelly MacDonald co-star.

MUCH ADO ABOUT NOTHING

If you like Doctor Who and live theater then get yourself over to London for Much Ado About Nothing at Wyndham’s Theatre. The production, whioch opened on May 16th and runs through September 3rd, stars David Tennant and Catherine Tate. 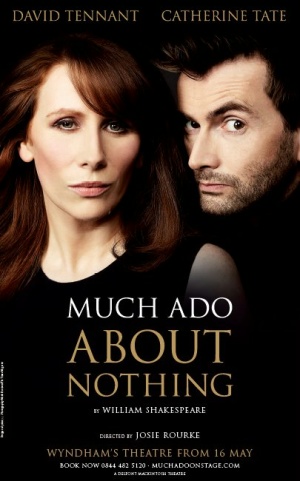 Next time there will more Torchwood news, Season Six news and a look at the first half finale! Plus Jon Pertwee on DVD.