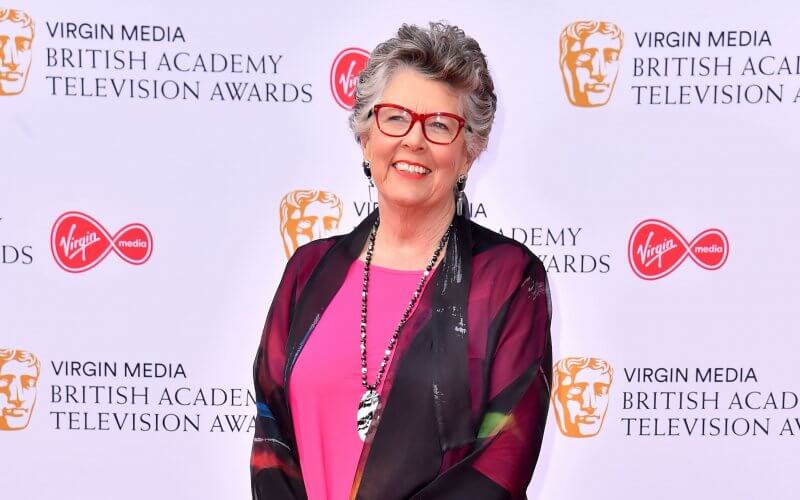 The Queen’s 95th Birthday Honours list has been released. Many stars, public servants, charity workers, etc., have been awards honours personally by HM The Queen. Obviously, Covid-19 has been a focus of the list this year.

The life-saving work of Covid-19 vaccine design and delivery is celebrated in the Queen’s Birthday Honours list, with a host of awards going to the experts who transformed the UK’s pandemic response. Oxford/AstraZeneca vaccine mastermind Professor Sarah Gilbert and the ex-chair of the UK vaccine taskforce Kate Bingham are both recognised with damehoods.

Elsewhere, Manchester City footballer Raheem Sterling is made an MBE for services to racial equality in sport amid controversy over England fans booing players taking the knee at matches as a gesture against intolerance.

In the world of showbiz, ex-Strictly Come Dancing judge Arlene Phillips is made a dame, as is Great British Bake Off star Prue Leith.

Actor Jonathan Pryce, who will play the late Duke of Edinburgh in the final seasons of The Crown, said he was proud to be knighted, adding the arts showed people “the importance of debate and tolerance” in “these last few divisive years”.

The list recognises a multitude of specialists from across the scientific community for their pioneering efforts to develop vaccines, run clinical trials, deliver testing and track Covid cases.

Professor Gilbert becomes a Dame Commander of the Order of the British Empire for her key role in creating the Oxford University/AstraZeneca jab, which has gone into the arms of tens of millions of people around the world.

Professor Gilbert said that while a coronavirus vaccine was in development for Middle East Respiratory Syndrome (Mers), the Covid-19 pandemic forced scientists to “accelerate everything” and “go further than we ever had before with this type of vaccine”.

She told the PA news agency: “It’s really great to have the recognition on behalf of the whole team and it is so important to recognise the large number of people who worked very hard to get this vaccine developed, manufactured, tested in trials – all of the clinical trial volunteers without whom we couldn’t have tested the vaccine, and now the people working on the vaccine rollout.”

Venture capitalist Ms Bingham is similarly honoured after overseeing the procurement of the millions of vaccine doses now giving hope to the nation that the fight against the virus is being won.

She hailed the efforts to develop jabs as “a triumph of scientific and industrial collaboration”.

A wealth of honours also go to acknowledging the people who found ways to make a difference throughout the pandemic – from running free taxis for key workers to making bottles of hand sanitiser.

For example, a British Empire Medal (BEM) goes to the brother and sister team of John Brownhill and Amanda Guest, who were moved by the viral video of distressed nurse Dawn Bilbrough to set up Food4Heroes which delivered more than 200,000 meals to the NHS.

“You see in a time of crisis the strengths of humanity I think”, Mr Brownhill said.

Rhys Mallows, 25, is also honoured with a BEM after he helped repurpose a Welsh distillery firm to produce more than one million bottles of hand sanitiser amid high demand.

He said: “When you see that need in your community … it all becomes very real and it comes to home really that if you’ve got the ability to actually make a difference, when very few can … then I think you have to make that decision.”

It is also a record-breaking list in terms of diversity, with 15% of recipients from an ethnic minority background being the highest proportion to date.

Out of the 1,129 people receiving honours, 62% are being recognised for community work.

Some 262 of those on the main honours list have been recommended for their Covid-19 related service – 23% of the total.

Meanwhile, 9% of those honoured had a disability, 17.3% were from a lower socio-economic background and 5% identified as LGBT.

In sport, Liverpool captain Jordan Henderson is made an MBE after he raised £4 million for the NHS from fellow Premier League footballers through the #PlayersTogether appeal.

Ex-England football team manager Roy Hodgson and veteran broadcaster Sue Barker are both made CBE for their services to sport.

Premier League star Sterling said he was “grateful” to have been recognised for his work on racial equality, adding “my priority is to try to help to educate society and myself”.

He said: “My motivation for racial equality is to get people to understand the difficulties people from diverse backgrounds face and create an environment where everybody is equal.”

In music, pop star and one-time Eurovision winner Lulu is also honoured with a CBE alongside keyboardist and songwriter Rick Wakeman whose career has seen him collaborate with David Bowie, Cat Stevens and Black Sabbath.

And veteran performer Engelbert Humperdinck is made MBE for services to music.

Singer Alison Moyet is also made an MBE, while cellist Julian Lloyd-Webber, brother of West End impresario Andrew Lloyd-Webber, is recognised with an OBE for services to music.

Moyet, whose debut solo album was called Alf, said of the honour: “A remarkable, happy-making 60th birthday surprise for me. Basildon’s Alf with extra initials. I didn’t see that coming.”

The wider creative arts are also given a spotlight in the latest honours list with writing, sculpture, poetry and pottery getting a nod.

Bestselling historical novelist Philippa Gregory, perhaps best known for her book The Other Boleyn Girl, is made CBE, while photographer Martin Parr, who has spent years documenting British life, is similarly honoured.

Looking to politics, Meg Hillier, Labour MP for Hackney South and Shoreditch in London, who chairs the Public Accounts Committee that has scrutinised public spending during the pandemic, is made a dame.

Conservative former minister and South Northamptonshire MP Andrea Leadsom is also honoured with a damehood for her political service.

Veteran Labour MP for Rochdale, Tony Lloyd, is knighted for his public service, while former children’s commissioner for England Anne Longfield is made a CBE.

The youngest star of the list is 21-year-old Amika George, founder of the #FreePeriods Campaign, who is made MBE for services to education after campaigning against period poverty.

Among the oldest recipients is 95-year-old Sylvia McKeegan, honoured with a BEM for her decades of support for the elderly, new mothers and children in Londonderry, Northern Ireland.