You are here: Home / Our Trips / Anglotopia's Grand Adventure - Land's End to John O'Groats / 10 Interesting Facts and Figures About the Castle of Mey – The Queen Mother’s Scottish Castle 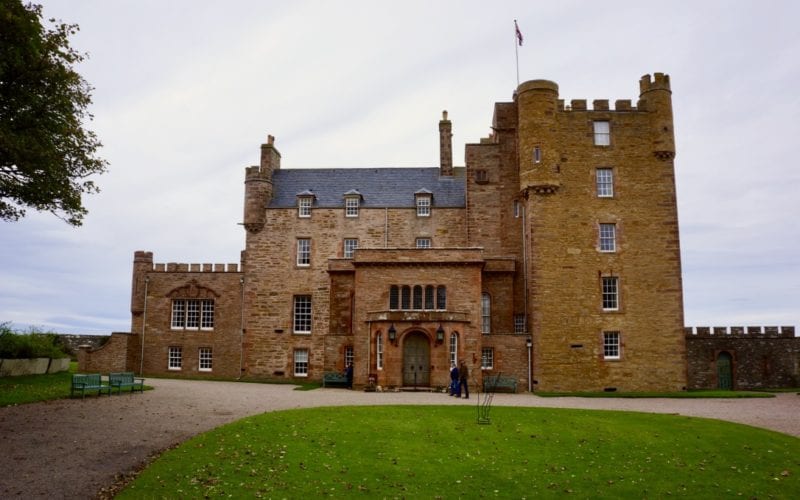 On our drive from Land’s End to John O’Groats last year, one of our final stops was Castle of Mey in Caithness (in fact it’s what we did after going to John O’Groats). Castle of Mey was the Queen Mother’s private Scottish castle, which she bought after the death of her husband King George VI.

The castle is not a grand home, it’s compact but classy and it’s a very intimate place to visit. It’s a very neat experience to enter her personal space. Many artifacts from her life are present, including her clothes. The place reflects her personality. Loved that there are tattered rugs and curtains everywhere because she’d rather not replace them and keep using the old stuff.

Here are 10 interesting facts we learned on our stop there:

We recommend trying to visit on a warm day… the wind off the North Sea is brutal. The Walled Garden will be a nice respite from the wind. You cannot take pictures inside, which is a shame. They also work on a timed tour system and they will not let you into the house before your allowed time, no matter the weather. The visitor’s center has a nice gift shop with mementoes and excellent cafe providing light lunches and tea (plus the ever-important loos). I can report that the ham and cheese toasties are delicious. You can now also stay on the castle grounds in a new bed & breakfast. We enjoyed our visit and would very much like to go again.