Clarence House has released the official portraits from the Christening of Prince George.

The first photo is of all the main players in the Royal Family – a great family portrait. 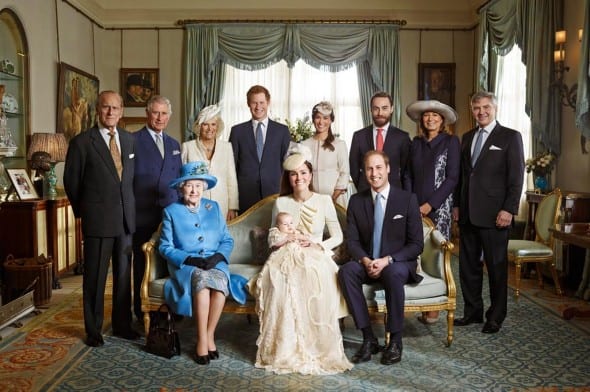 The second photo is of the happy couple and Prince George. The little prince looks really happy! They look fantastic! 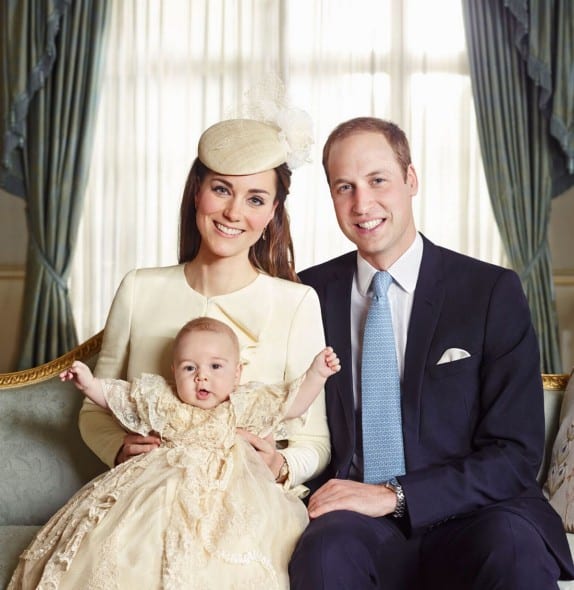 The third picture is the most historic – four monarchs in one picture, the first time this has been possible since Queen Victoria’s Day. Wow! A Queen and 3 Kings! 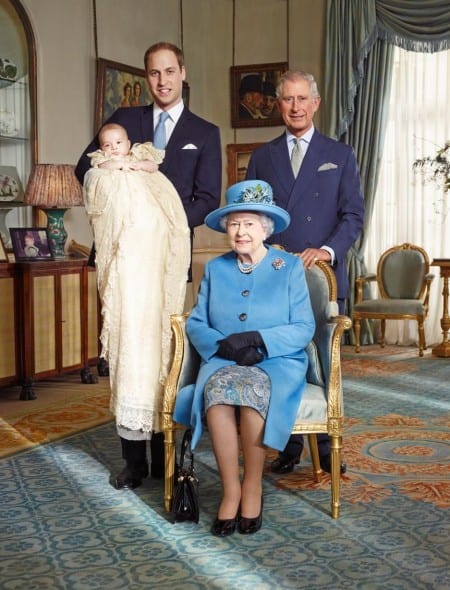 And here’s a smaller group picture of the Royal Family. 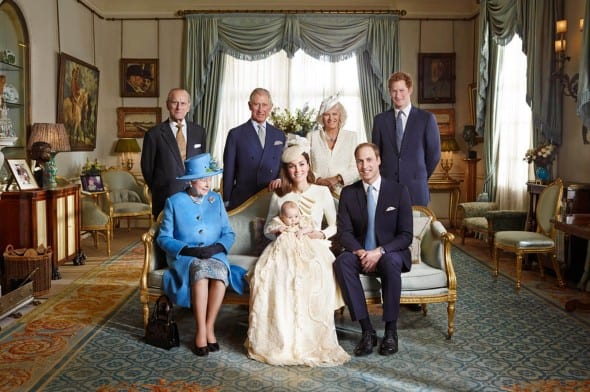