You are here: Home / Royaltopia

The Latest Royal News From Anglotopia The Prince of Wales has declared he wants to “supercharge” the impact of his Earthshot Prize finalists to inspire a “despairing world” that there is a way forward.William described himself as a “stubborn optimist” in an article published a few hours before the awards ceremony for his environmental prize, being staged in the US city […] 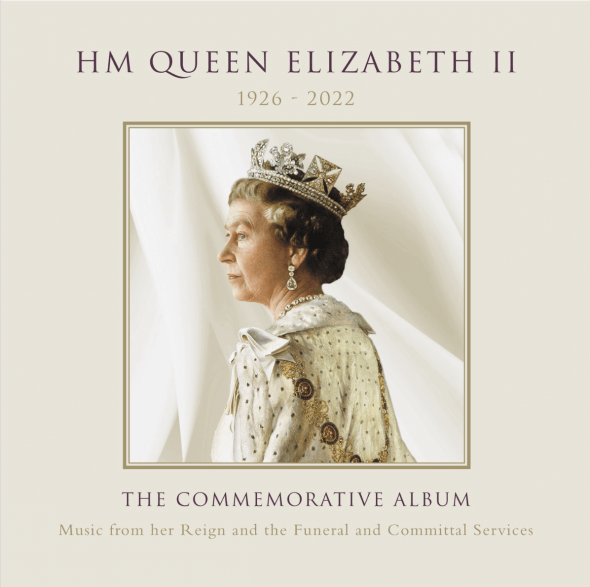 An album featuring key musical moments from the Queen’s life, 70-year reign, and funeral has been released by Decca Records.The label previously released recordings from the weddings of the Prince and Princess of Wales and the Duke and Duchess of Sussex. Disc one includes songs from the Queen’s wedding to Philip, her coronation in June […] The Prince of Wales will meet US President Joe Biden on the final day of his trip to Boston.William will be greeted by Mr. Biden during a visit to the John F Kennedy Presidential Library and Museum on Friday, ahead of the Earthshot Prize ceremony in the evening. The Prince and Princess of Wales during […] 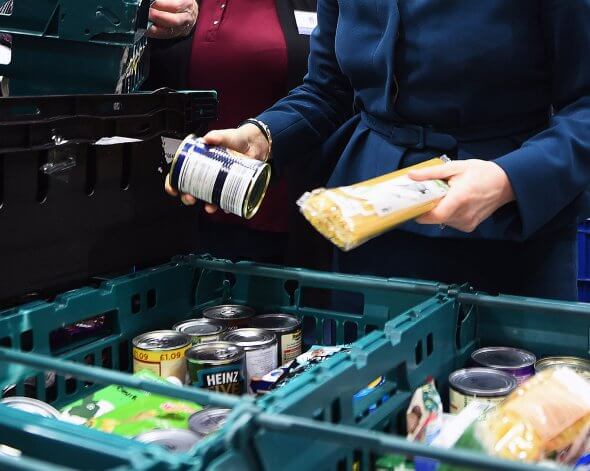 Funds donated by the King will help hundreds of food banks and community groups across the UK to store more food by providing them with fridges and freezers. The white goods will be distributed to local charities, food banks, and social pantries identified by the Felix Project in London and across the UK by The […] The Earl and Countess of Wessex received three cheers from the audience at the close of the recording of the 95th Royal Variety Performance.Edward and Sophie were given a standing ovation as they waved to the audience at the Royal Albert Hall on Thursday. After the show, they spoke to the night’s performers, including host […] The Prince of Wales joked he was “better in cold weather” when a visit to Boston’s windswept waterfront left the future King and his wife visibly cold.William and Kate’s tour of Piers Park, in temperatures that felt well below freezing due to the windchill, saw them learn about the history of the area now threatened […] 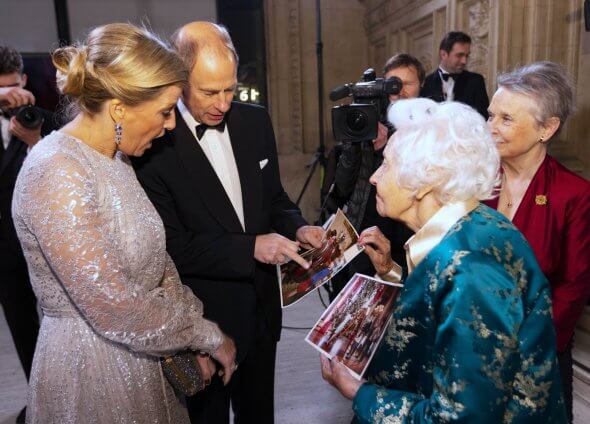 The Earl and Countess of Wessex met a photographer who documented the royal family more than 50 years ago ahead of the recording of the Royal Variety Performance. Edward and Sophie were greeted by former BBC photographer Joan Williams as they arrived at the Royal Albert Hall. Sophie was dressed in a silver sparkly dress […] 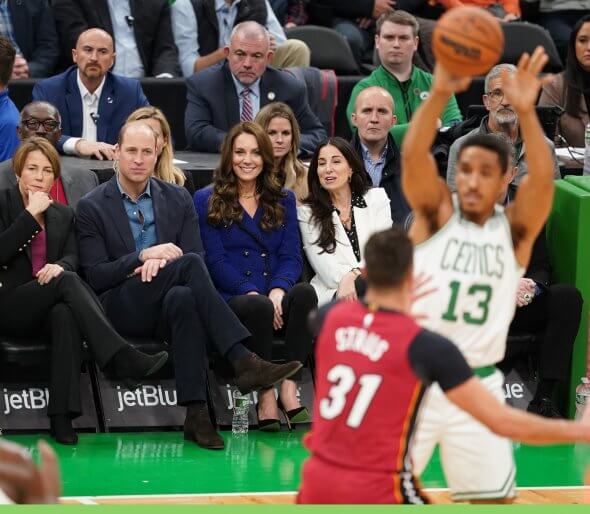 The Prince and Princess of Wales sat courtside to watch an NBA game between the Boston Celtics and Miami Heat at the end of the first day of their visit to the US. At the start of the basketball game on Wednesday night the prince and princess were seen watching intently as the Celtics raced […] The late Queen’s favorite riding pony Emma, who made a poignant appearance at her funeral, has been named the Horse of a Lifetime in a public vote.The Fell Pony – whose full name is Carltonlima Emma – received a bag of carrots for winning the accolade after thousands of readers backed her in the Horse […] 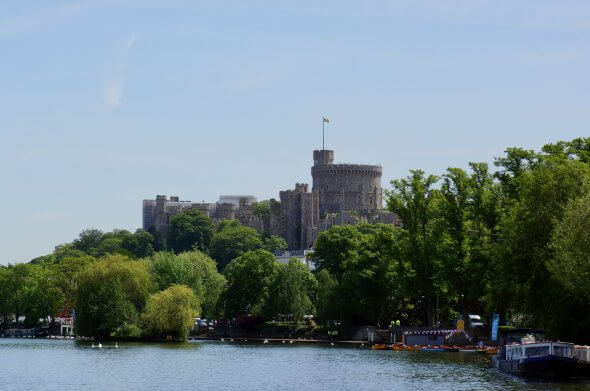 Ten Interesting Facts About the House of Windsor

The ruling family of the United Kingdom, the House of Windsor, has a history that stretches back into the 19th Century when Queen Victoria married Prince Albert of Saxe-Coburg and Gotha.  With the family coming to power at a time of technological expansion, they were able to capture the attention of the public in a […] The late Queen’s loyal lady-in-waiting, Lady Susan Hussey, spent decades serving as one of Elizabeth II’s closest confidantes.She was dubbed the monarch’s number one head girl, but has now resigned amid a race row. She has stepped down from her newly appointed post where she was set to help the King on formal occasions as […] Superstar singer Billie Eilish will lead a stellar line-up for the event on Friday. 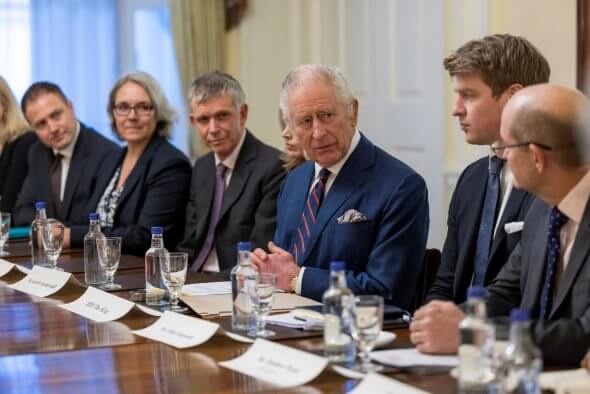 King hears updates on humanitarian crises in Pakistan and Ukraine

The King has held a meeting with Disasters Emergency Committee (DEC) charities to discuss humanitarian crises around the world.His Majesty joined chief executives and aid workers at Buckingham Palace as they spoke about the Pakistan Floods Appeal, which has topped £38 million, the drought in East Africa, and the situation in Afghanistan and Ukraine. The […] The Queen Consort has said that “heinous crimes” committed against women and girls must end, as she was joined by Ukraine’s First Lady at an event to raise awareness of such violence.Olena Zelenska was one of about 300 people at a reception at Buckingham Palace, where the Queen Consort told guests of her determination to […] Tennis star Emma Raducanu said she is “extremely grateful” for her MBE after meeting the King at a special ceremony.The 20-year-old beamed as she posed for pictures after accepting the honor, awarded for services to tennis, at an investiture ceremony at Windsor Castle on Tuesday. She was made a Member of the Order of the […] The King has described himself as enjoying taking on the “most difficult challenges” as he appeared in a royal Grand Designs-style TV documentary.The program, which was more than a decade in the making, tells the story of then Prince Charles’s ambitious plan to restore the 18th-century stately home Dumfries House in Ayrshire, Scotland. The King, […] 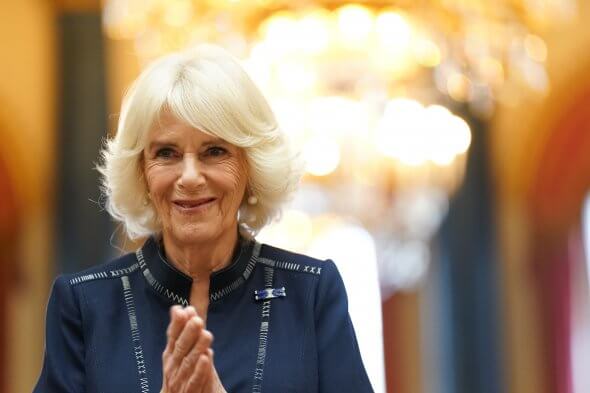 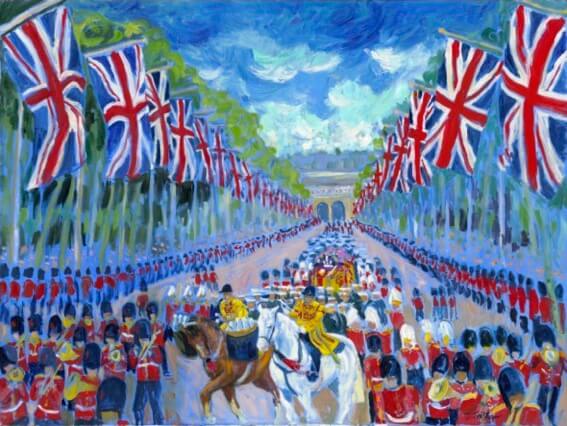 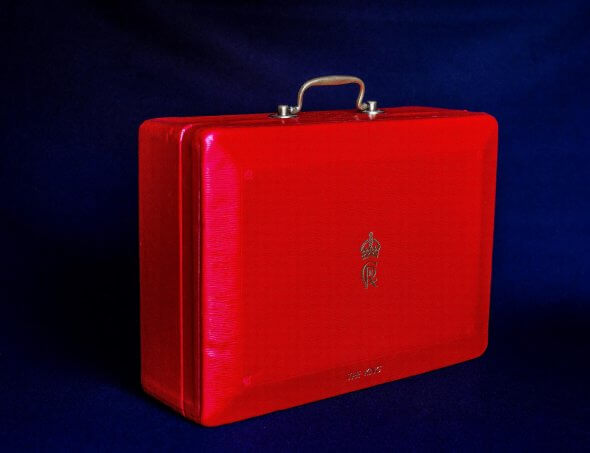 The King is to use the same famous red box as his mother and grandfather after it was carefully restored using techniques handed down through the generations. It is understood that King Charles wanted to repurpose the despatch box owned by his mother, Queen Elizabeth II, which itself was first used by her grandfather, King […] 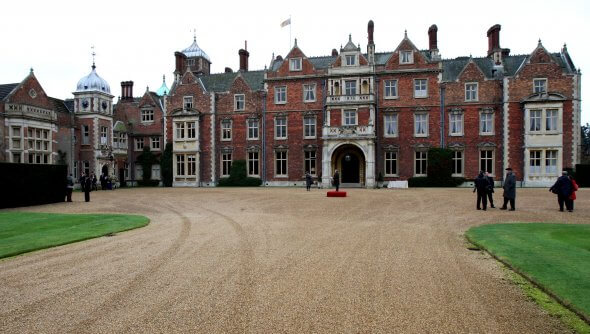 The King is to spend Christmas Day at Sandringham this year, marking a return to the traditional royal family Christmas on the Norfolk estate. The monarch and the Queen Consort are expected to be joined by their wider family as they mark their poignant first Christmas since the death of the late Queen and Charles’s […]